"Oh for goodness sake… open our arms and give them the choice," wrote Deborah Meaden after watching the video 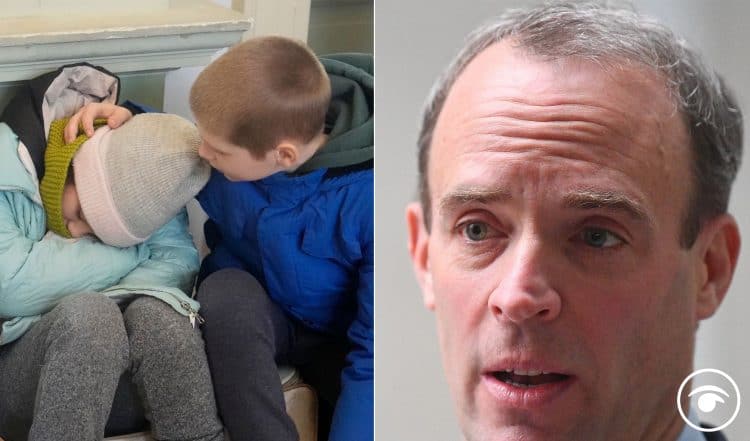 The UN refugee agency says that about 660,000 people have fled Ukraine for neighbouring countries since the Russian invasion began.

It comes as Dominic Raab has been roundly criticised for the government’s stance of allowing refugees from Ukraine into the country in a viral video.

The number, given on Tuesday, was up from a count of more than 500,000 a day earlier, looking for somewhere safe to take refuge in Europe.

Shabia Mantoo, a spokeswoman for the UN High Commissioner for Refugees, said in Geneva that “at this rate, the situation looks set to become Europe’s largest refugee crisis this century”.

She said the agency is urging governments to continue allowing access to all those who are fleeing, including third-country nationals living in Ukraine who are forced to escape the violence.

She added: “We stress that there must be no discrimination against any person or group.”

Filmmaker Peter Stefanovic shared a new video where he called out Raab’s lacklustre response to the ongoing humanitarian crisis.

In response Deboprah Meaden wrote: “Oh for goodness sake… open our arms and give them the choice. If they don’t come you get what you want and if they do, anyone with an ounce of compassion gets what they want… to help in any way we can.”