The byelection was triggered to replace Owen Paterson after the Standards Committee recommended the former Conservative minister should be suspended from Parliament for 30 days over an “egregious” breach of a ban on paid lobbying by MPs. 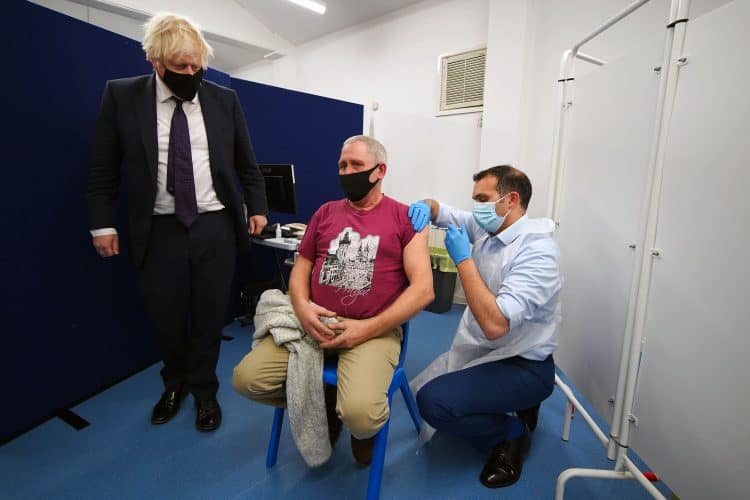 Boris Johnson gave his party a campaign boost with a visit to a byelection constituency – but then got the Tory candidate’s name wrong.

On a whistle-stop visit to Oswestry in the North Shropshire constituency, the Prime Minister described Dr Neil Shastri-Hurst as a “fantastic” candidate – but did not quite get the correct name for the Conservative Party hopeful, a former British Army medical officer and honorary NHS consultant who now works as a barrister.

Mr Johnson, wearing a mask, said: “I think we’ve got a fantastic candidate, Dr Neil Shastri-Hughes, who I’ve just been seen contributing already to the life of the community by vaccinating people, he’s a doctor amongst his many other talents and what he’s also going to do is work very, very hard for the people of North Shropshire.

“I used to live in this constituency, I used to come shopping in Oswestry, so I know it a bit.

“And he’s got all the issues, he understands what needs to be done, to support the NHS to get investment into our hospitals here but also make sure we do things like, duelling the A5, looking at the Oswestry to Gobowen railway line, other projects like that, I think he’s a fantastic candidate.”

The Prime Minister later referred to the candidate as “Dr Neil” after he watched the medic give vaccinations to members of the public at a pharmacy in Oswestry.

The byelection was triggered to replace Owen Paterson after the Standards Committee recommended the former Conservative minister should be suspended from Parliament for 30 days over an “egregious” breach of a ban on paid lobbying by MPs.

After a botched Government bid to delay the suspension while also overhauling the standards system, Mr Paterson announced his resignation as MP for the constituency following a Government U-turn.

North Shropshire is considered to be an ultra-safe rural constituency for the Tories, with Mr Paterson having held it since 1997.

At the 2019 general election, Mr Paterson won almost 63% of the vote and beat Labour by nearly 23,000 votes, with the Lib Dems coming third.

Labour, the Lib Dems and a slew of other parties are contesting the poll on December 16.