Watch: People at Westminster to protest police killing but news claims they were for Queen

Rapper Stormzy joined the demonstration to protest the killing of Kaba- a rapper himself who had the stage name Madix and was nominated for a MOBO (Music of Black Origin) award. 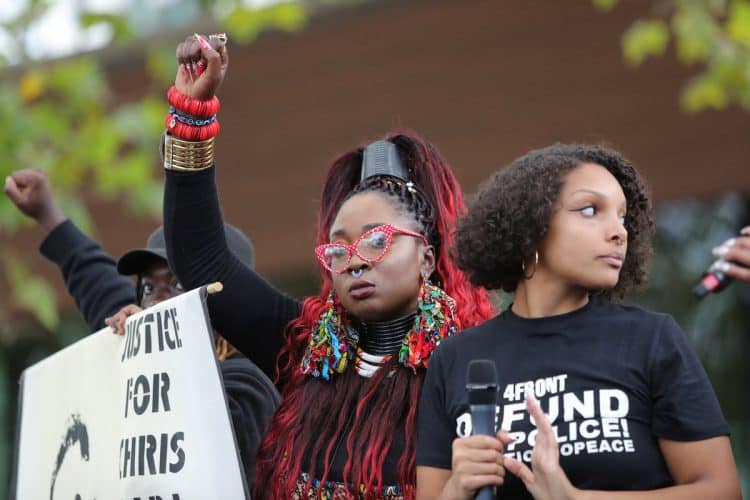 Hundreds of people descended on Westminster yesterday to protest the police killing of Chris Kaba, an unarmed black man who was fatally shot by a cop.

One reporter had to apologise for this mistake as Sky News said the crowd was for the Queen.

Demonstrators marched through the streets with banners carrying Black Lives Matter slogan ‘no justice, no peace’ as well as ‘Justice for Chris’, ‘Abolish the Met’ and ‘The Met are murderers.’

The march was led by leading activist Marvina Newton, who founded BLM Leeds and the Kill the Bill movement.

Rapper Stormzy joined the demonstration to protest the killing of Kaba- a rapper himself who had the stage name Madix and was nominated for a MOBO (Music of Black Origin) award.

The rally began in Parliament Square and ended up outside the Metropolitan Police’s headquarters at New Scotland Yard.

The police watchdog has launched a homicide investigation into the circumstances surrounding his death on Monday (5/9).

The Independent Office for Police Conduct said its decision followed a review of evidence gathered since the shooting in Streatham Hill, South London.

The car Kaba was driving, which was linked to a firearms incident a few days earlier, was not owned by him.

His family have called for the officer responsible to be suspended immediately.