"Brilliant! It comes to something when this could easily not be a parody." 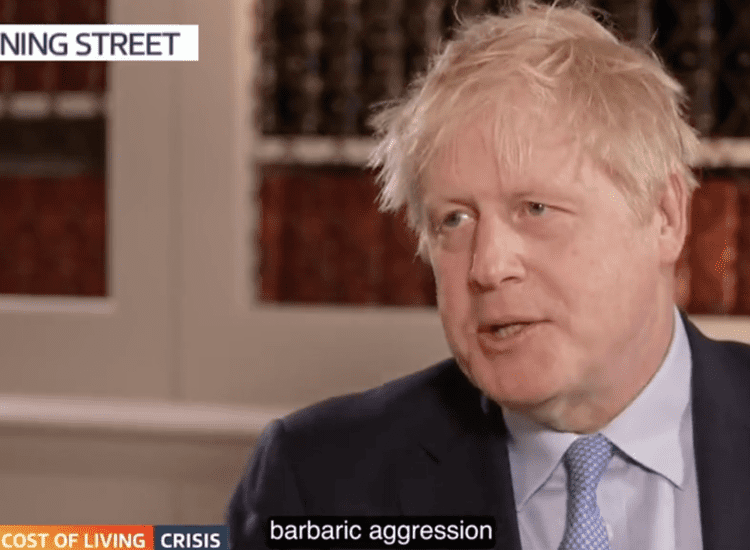 A comedian has created a hilarious parody video after Susanna Reid confronted Boris Johnson over the cost-of-living crisis in a tense interview.

The prime minister was challenged with Elsie’s case on the ITV show on Tuesday morning, and told the 77-year old has seen her energy bill soar, forcing her to cut down to one meal a day and resort to travelling on buses throughout the day to stay out of her home and keep her bills down.

Former London mayor Johnson said: “The 24-hour freedom bus pass was actually something that I actually introduced,” which isn’t true.

Speaking to LBC’s Tonight with Andrew Marr, and describing her interview with the PM, Ms Reid said: “I’ve spoken to Elsie, since the interview this morning with the Prime Minister, and she says how disappointed she is with what he said.

“Because she says there are people who are even worse off than she is, and there was no answer for them, apart from ‘oh I was the person who was responsible for the bus pass,’ I mean, as if she’s supposed to be grateful.”

Andrew Marr added: “Which is by the way, not entirely accurate itself because it was the London boroughs who brought that in.”

Comedian and actor Will Sebag-Montefiore has produced a hilarious take of the PM’s interview on Good Morning Britain with the comic asking a number of funny questions, with the PM’s responses clipped back.

The video has been viewed over 400,000 times since it has been posted and it a fantastic watch.

If you like his clip you can donate to him (see below).

A lot of people enjoyed the clip: