Hundreds of pupils dressed in white tie and black tailcoats gathered outside Eton's main building for the protest. 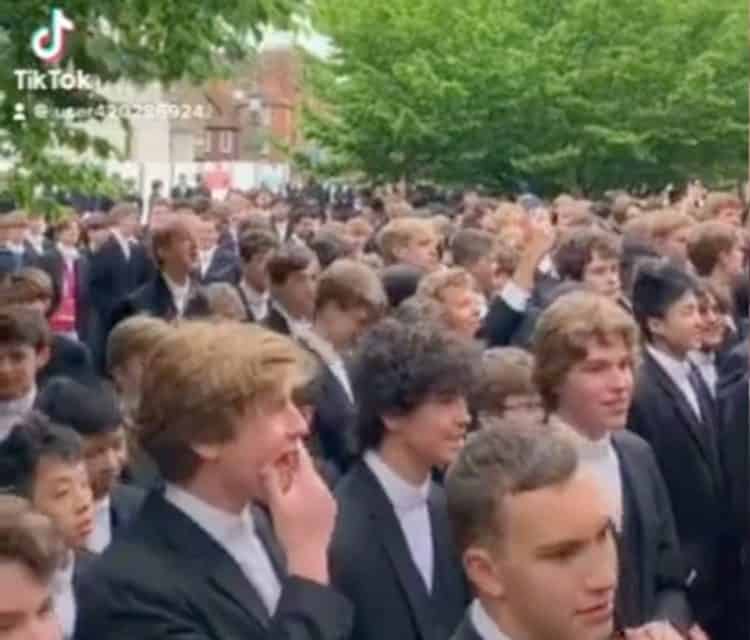 Eton schoolboys have launched a so-called ‘Leggit’ protest over fears the school could be out to scrap its 160-year-old hunting society.

The prestigious institution, attended by the likes of David Cameron and PM Boris Johnson, failed to recruit a new Kennel Huntsman for the Eton College Hunt (ECH) to replace the previous incumbent who recently left for another role.

Trustees of the ECH, made up of former Etonians and the Hunting Office, claimed there is a national shortage of Kennel Huntsmen and seven other hunts have also been unable to fill the position.

The hounds have subsequently been relocated as a ‘temporary measure’ despite many parents offering to keep the pack together at their own estates, The Telegraph has reported.

In response to the news, hundreds of pupils dressed in white tie and black tailcoats gathered outside Eton’s main building for a ‘Leggit’– a rare and powerful gesture which is supposed to give the boys a voice – to protest to masters about the future of the hunting society.

In a video, posted to TikTok over the weekend, pupils could be heard chanting “what do we think of Gregg? S**t! What do we think of s**t? Gregg”, in reference to the school’s deputy head for pastoral matters, David Gregg.