Paul Scully suggested the only reason the PM's wife and decorator were at his law-breaking birthday event is because they were about to take part in a "vital meeting on Covid strategy". 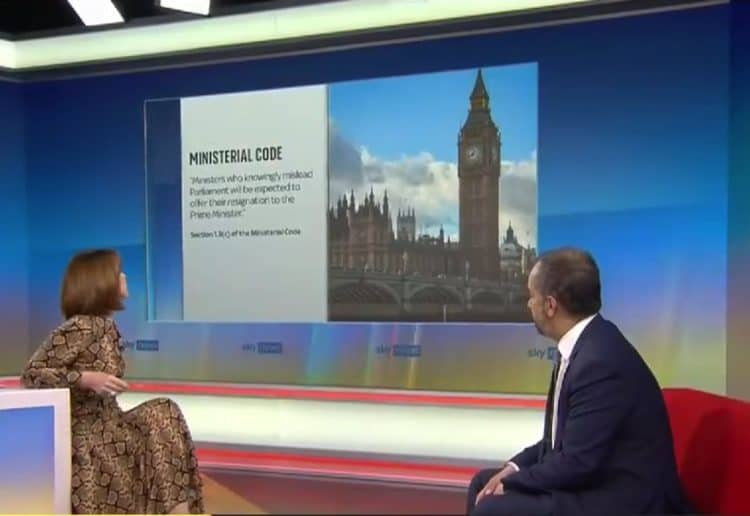 The prime minister is preparing to depart for an official trip to India on Wednesday ahead of Thursday’s vote calling for a committee to determine whether he lied over his Partygate denials.

Johnson is under renewed pressure after he was told to resign by Conservative former chief whip Mark Harper, who said he was no longer “worthy” of being Prime Minister.

He denied intentionally misleading MPs in the past with his denials, including when he assured “all guidance was followed completely” in Downing Street.

The PM apologised repeatedly for the “mistake” of his 56th birthday gathering in No 10 in June 2020, as the police investigation into further alleged parties continues.

Regardless of the outcome of the vote the public are not fools, and this viral video puts the PM’s defence to bed.

Paul Scully was sent out today to defend the PM on the media rounds, but was quickly dismantled by Kay Burley.

He tweeted: “We just reached peak insanity as Business Minister Paul Scully suggests the only reason the Prime Ministers wife and decorator were at his lockdown law breaking birthday event was because they were about to take part in a vital meeting on covid strategy! Heaven help us.”