Watch: Mick Lynch on the myth that wage increases cause inflation

"Each new Mick Lynch interview is better than the last. The man is calm, reasoned and factual. The media are completely befuddled." 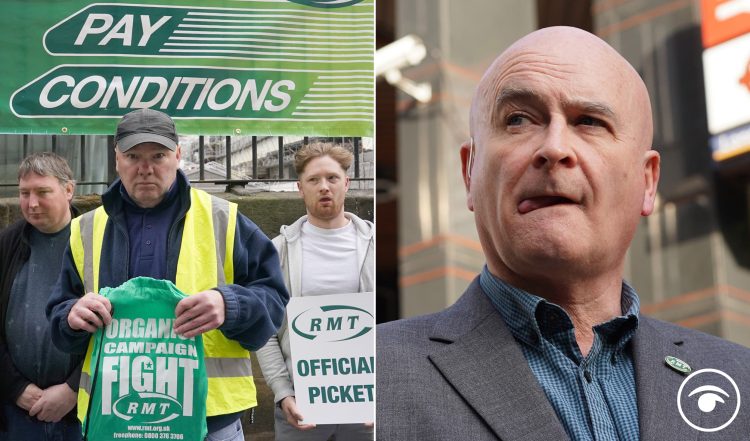 Inflation hit a new 40-year high when it pushed to 9.4% in June, squeezing family budgets up and down the country.

The RMT’s Mick Lynch has explained why increasing wages isn’t what causes inflation as the Conservative Party argues the opposite is the case.

It comes as new research from Charles Stanley suggests that people are taking steps to cut costs, with 30% cutting back on everyday perks, nearly one in three cutting luxury items and 23% reducing what they spend on holidays.

But an even larger proportion do not understand what inflation is doing to them. The research found that 41% either admitted to not knowing, or gave a wrong answer when asked what impact inflation would have on their savings.

Britons saw their pay packets continue to lag heavily behind inflation despite a slight rise in earnings.

The Office for National Statistics (ONS) revealed that regular wages excluding bonuses plunged by 3.7% over the three months to May against the rate of consumer price index (CPI) inflation, representing the biggest slump in more than 20 years.

Regular pay, excluding bonuses, rose slightly to 4.3% for the period without taking inflation into account.

Outgoing PM Boris Johnson recently said: “I’m not going to give a comment on each offer or suggestion that the pay review bodies may make. But what I would say to you is that, at a time when you’ve got inflationary pressures in an economy, there’s no point in having pay rises that just cause further price rises because that just cancels out the benefit.

“I know that people will find that frustrating. but I’ve got to be realistic with people about where we are. I think – I’m pretty certain of this – that our inflationary pressures will abate over time, and things will start to get better.”

He said: “Those of us on PAYE can’t avoid tax, it’s taken out of our wages. But there are many people in this country who avoid tax like it’s some kind of disease.”

Mick says it how it is?