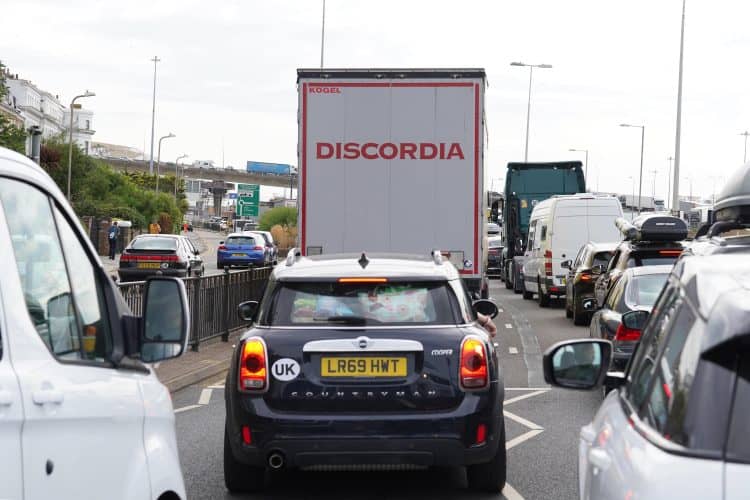 The Port of Dover has attacked the French authorities for “woefully inadequate” border control staffing which is ruining the summer getaway for thousands of families.

A “critical incident” has been declared by the Kent port due to six-hour queues, with tourists urged to consider staying away.

It is one of the busiest periods for foreign travel from the UK as most schools in England and Wales break up for summer this week.

One Twitter user wrote shortly before 7am: “I’m booked onto 8am ferry from Dover and it’s total gridlock. Moved 50 metres per hour.

“At this rate it’ll be 34 hours before I get to the port!

“I have a screaming toddler and three-month-old.”

Another said they have been “waiting five hours and still not in the port”, adding: “Sat in lanes waiting to get to border control. Zero movement.”

Local Tory MP Natalie Elphicke has told BBC news that the critical incident at Dover is nothing to do with Brexit, but all to do with “French border officers not turning up to work and that’s why we’ve got these huge delays.”

However, Simon Calder explains why travel chaos has been caused by ending freedom of movement.

Related: *We’re not going on a summer holiday:* ‘Critical incident’ declared at Dover due to ‘woefully inadequate’ border staffing