"I have spent the whole of this last year and a half grieving for the man I loved. He's dead. And they partied. And you don't even answer." 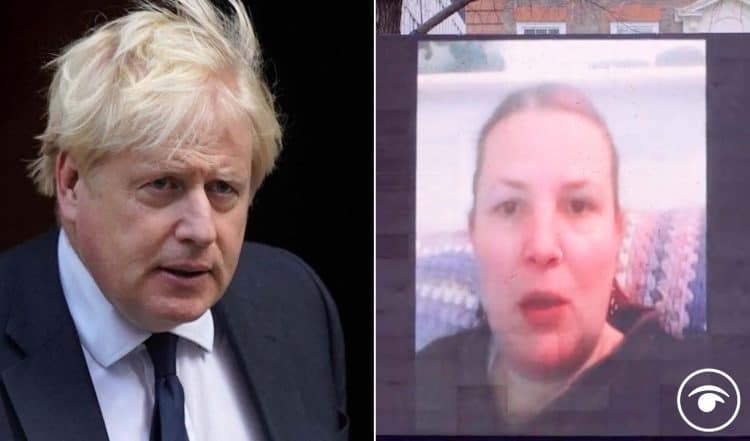 Boris Johnson could still face MPs over a highly anticipated report into parties in No 10 before the week is out, a Cabinet minister has suggested, as No 10 braced for the results of the investigation which could determine the Prime Minister’s future.

A report by senior official Sue Gray was expected to be handed to Downing Street on Wednesday but reports suggested the final document was still being pored over overnight.

Tory MPs have held off until the publication of the report to pass judgment on their leader over multiple alleged parties across No 10 and Whitehall during coronavirus restrictions.

It comes as a number of heartbreaking messages from people in heartbreaking situations that have been broadcast outside the Conservative Party’s headquarters in London on a huge screen as part of a campaign by activists Led By Donkeys.

One of the many videos played on the huge screens outside Tory HQ was from Fran Hall.

Fran, who lost her husband to Covid-19, said she wrote to her MP Joy Morrissey twice about her anger over the situation, but says she never got a reply.

In the video she said: “This is a message for Joy Morrissey. Ms Morrissey, you are my MP.

“I wrote to you twice last week. I wrote to tell you how furious I am about the reports of what’s been happening in Downing Street, by the people at the heart of government, by the people who lead the party you are MP for.

“You haven’t even bothered to write back to me. You haven’t even given me the courtesy of a reply when I wrote to tell you about my anger at what has been happening while we followed the rules.

“I have spent the whole of this last year and a half grieving for the man I loved. He’s dead. And they partied. And you don’t even answer.”