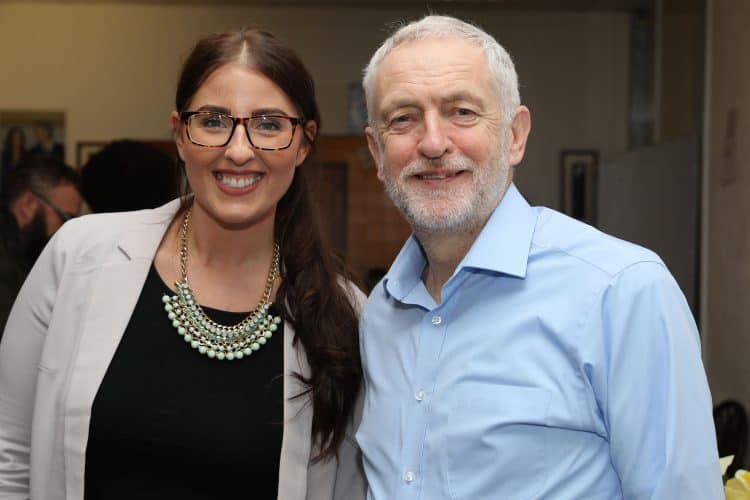 A former Labour MP and close ally of Jeremy Corbyn has hit out Keir Starmer’s “lack of vision” – and quit the party’s governing body.

Laura Pidcock, who lost her North West Durham seat in 2019, claimed the party has become “hostile territory for socialists” as she blasted former colleagues for “cheering” as a Tory MP defected to Labour last week.

Her resignation from the National Executive Committee (NEC) comes a day after a motion at a meeting of the ruling body to reinstate Corbyn as an MP was defeated.

While Pidcock’s resignation sparked outpouring of solidarity from the Labour left, it is unlikely to concern Starmer, who has seen his grip on the party machinery tightened.

Tuesday’s bid by left-wing Labour officials to readmit Corbyn failed at an “emotional” meeting of the NEC – despite one Corbynite reportedly quoting Martin Luther King while making their case.

In an 800-word resignation letter published on Wednesday, Pidcock said she ran to be a member of the NEC to act as a “bridge from Corbynism”.

She added: “What has ensued is a barrage of top-down changes which is making it hostile territory for socialists, from those of us on the NEC, to those in CLPs (constituency Labour Party) across the country.”

The former frontbencher continued: “What I have witnessed on the NEC has been immensely frustrating.

“This leadership is devoid of ideas, lacking vision. I can’t and won’t negotiate with these people anymore.

“The summit of their ideas are just small tweaks to the status quo. They challenge virtually nothing, but are noticeably determined when it comes to rule changes that alienate the left.

“They have demoralised thousands of people who were awakened to politics for the first in their life. I am sure, this is part of their larger strategy.”

She said: “To be really honest, the cheering of a Tory MP crossing the floor in the House of Commons, an MP who has voted against everything we believe in, crystallised the deep unease.

“What I immediately felt was pain for all of those who are forced to use food banks, all of those who are going through the punitive ‘social security’ system, for all of the amazing activists protesting against the Police, Crime, Sentencing and Courts Bill, including Gypsy and Traveller people, who are also at the heart of resisting the racism in this legislation — some of the many reasons why this whooping by elected representatives of my own party, on that day, was so inappropriate and jarring for so many.”

Related: Prince Andrew: ‘I demand a trial by jury’