The Led by Donkeys video now has ten times more viewers than the NigelFarage show on GBNews - Time for Sainsbury's to take note? 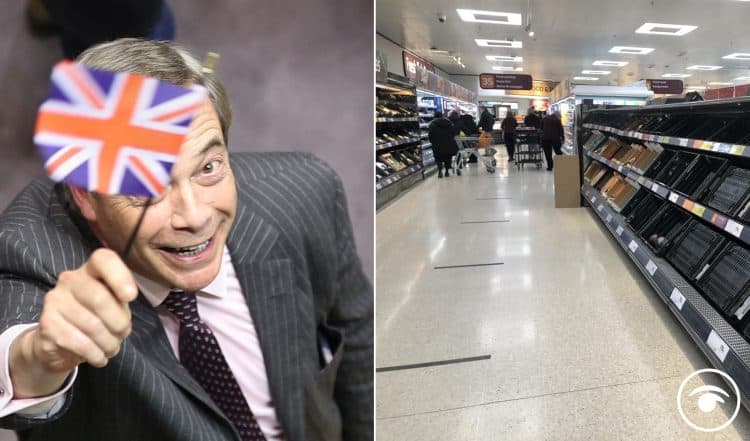 GB News has had a torrid time since its inception. The channel started with large viewing figures but people soon switched off as the production values and pointed political views fell flat.

In a last-ditch attempt to save the channel Nigel Farage was hired in to spout his usual bile. Only last week he had a go at the RNLI and branded the hero volunteers as running a migrant ‘taxi service.’

This massively backfired for Mr Farage as donations flooded into the RNLI. There is even a fundraiser to name a rescue boat after him, something we guess he will not be happy at all about!

The channel’s large advertiser base has dwindled. This is largely because Sky Media apparently placed its many partners there without informing them, which was soon stopped.

However, there are still companies who are willing to put their advertising spend into the station.

In response Led By Donkeys has launched another of their famous campaigns. This time to try and push for the huge supermarket chain to spend its marketing budget elsewhere.

Hey @Sainsburys. You tweeted 285 times over the weekend, but not one answer to the people asking why you fund Nigel Farage as he attacks RNLI lifeboat crews. So what’s your policy? Still paying Farage’s salary?pic.twitter.com/EGCUBYZO1M