Vast parts of the world are literally on fire and the Arctic is melting, but at least the shareholders are sitting pretty. 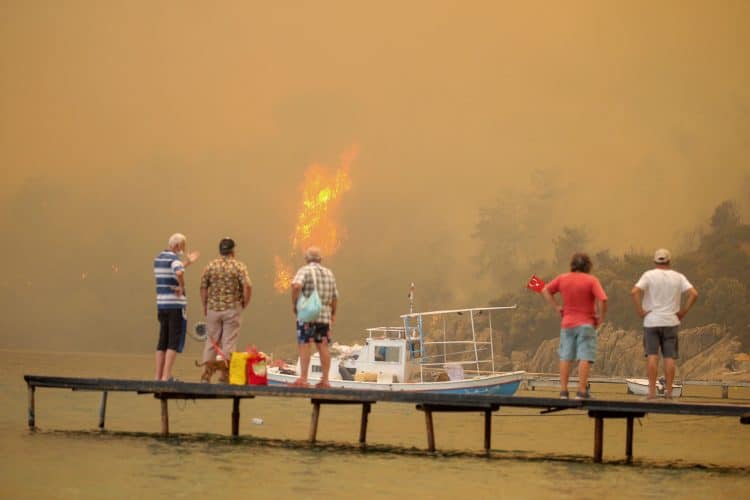 BP has unveiled a dividend hike and more share buybacks, with plans for further hefty investor payouts after rising oil prices saw it swing to a half-year profit. It comes as luxury carmaker Ferrari is posting better profits than before the pandemic hit.

This has raised concerns about the increased spending power of the super-rich during the pandemic and provoked debate over the world’s continuing reliance on fossil fuels as we face a climate emergency.

The group announced a 4 per cent rise in the shareholder dividend to 5.46 cents a share for the second quarter and a 1.4 billion US dollar (£1 billion) share buyback before its third-quarter results.

At the same time Luxury sports car maker Ferrari has surged back to second-quarter growth, posting a 206-million-euro (£176 million) profit after seeing its earnings drop precipitously in the same period a year ago due to the pandemic shutdown.

Based in the northern Italian city of Maranello, Ferrari said net profit for the three months ending June 30 compared with nine million euros last year, when the company was forced to shut production for seven weeks.

It was also an improvement over the 184-million-euro profit posted in the same period of 2019, before the pandemic.

It comes Turkish firefighters were battling for the sixth straight day to control the blazes tearing through forests near Turkey’s beach destinations.

Fed by strong winds and scorching temperatures, the fires that began on Wednesday have left eight people dead and forced residents and tourists to flee vacation resorts in a flotilla of small boats.

There have been freak weather events across the globe, including fires raging across California, flooding in mainland Europe and the Siberian heatwave of 2020 which led to new methane emissions from the permafrost, reports the Guardian.

In the UK London mayor Sadiq Khan said recent flooding in the capital shows “the dangers of climate change are now moving closer to home”.

The capital saw nearly a month’s worth of rainfall on Sunday with homes, roads and Tube stations flooded, while a flooded hospital cancelled all surgery and outpatient appointments on Monday due to the heavy rain.

The Climate Coalition, an alliance of organisations ranging from the National Trust to Oxfam and the RSPB, is calling for urgent restoration of the natural world, green jobs, unlocking money from wealthier countries to support poorer nations, and no new fossil fuel projects, as the Cop26 international talks in Glasgow, are fast approaching.

Ben Margolis, interim director of The Climate Coalition, said time was quickly running down to the UN climate talks – the biggest diplomatic event in the UK for decades and essential to limiting warming to 1.5C or less.

“The Prime Minister has pledged that the UK will show global leadership on climate change.

“Yet despite this, Boris Johnson and Rishi Sunak are most noticeable for being missing in action and failing to deliver real, concrete progress to tackle the nature and climate emergencies.

“In order to deliver on that pledge, every arm of government needs to step up,” he urged.

The Scottish Government is being urged to speak out against controversial plans to develop a new oilfield – with campaigners claiming an area of land larger than all of Scotland would be needed to counteract emissions from the proposed Cambo development.

If given the go-ahead, the site, in the waters off Shetland, could yield as many as 255 million barrels of oil over its lifetime, environmental campaigners at Oxfam Scotland said.

And they estimated that the 132 million tonnes of CO2 emissions that could be produced would require an area of land some 1.5 times the size of Scotland to counteract them.

Jamie Livingstone, the head of Oxfam Scotland, said in the run-up to the Cop26 climate summit in November that the UK Government must “intervene in the Cambo case and stop its climate credibility going up in smoke”.