"Clive Lewis’s response was pure gold and shut Johnathon Gullis up!," wrote one person after watching the clip. 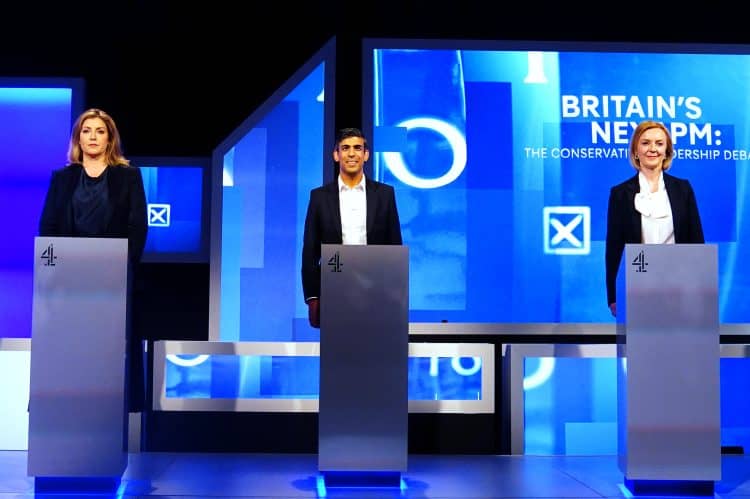 A final vote of Tory MPs on Wednesday will select the two candidates to be put to the party’s membership in the race for No 10.

But one Labour MP isn’t impressed with the talent on show to replace Boris Johnson.

Liz Truss and Penny Mordaunt are battling to win over Kemi Badenoch’s supporters after she was knocked out of the contest, and face frontrunner Rishi Sunak in the run-off.

The Foreign Secretary received a surge in support in the penultimate ballot, putting her within touching distance of Ms Mordaunt as the right of the party appears to be coalescing around her.

The momentum of her latest result now puts her favourite to face Mr Sunak in the head-to-head competition to win a ballot of Conservative members, with that result being announced on September 5.

It was left to Clive Lewis to make a remark that raised a smile.

He was appearing on BBC Politics and Tory MP Jonathan Gullis said: “The quality and diversity of candidates is something Labour could only dream of and they’ll smash Labour at the next general election.”

Clive wasn’t having that and said: “The Tories think this is a fresh start, but this is like soiling your pants and deciding you’re going to change your shirt.”