In response to the video Peter Stefanovic said: "I’m sick to death of Johnson’s lies to Parliament and shameless Government Minister’s defending him.” 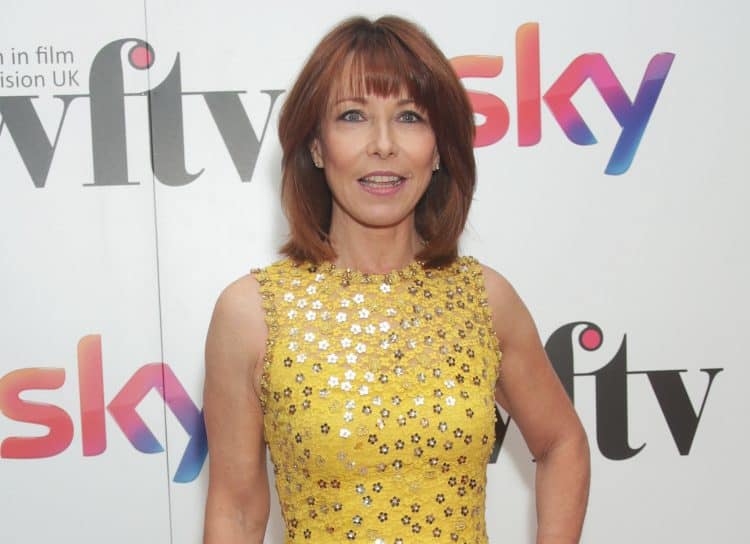 Kay Burley showed no sign of holding back this morning as she held James Cleverly’s feet to the fire over the number of Ukrainain refugees granted visas to enter the UK.

It comes as France slammed the UK as ‘inhumane’ for turning away 150 Ukrainians at Calais.

The Home Office has only granted 50 Ukrainians visas allowing them to come to the UK out of a total of 5,535 who have completed their applications as part of a new refugee scheme.

Burley played a clip from a British man fleeing Ukraine from his family, who tried to get the UK from Calais but was stopped by border patrol. She said: “So we’re not making it easier at all are we?”

The minister just said he was not familiar with that individual case.

Burley claimed “it was not acceptable” to let only 50 people come to the UK, especially as a hundreds of thousands have fled to Poland.

Cleverly then said: “This situation has only occurred in the last couple of days. Of course the vast majority of people have just crossed the borders into neighbouring countries. And of course, what we are saying is that we are supporting them there.”

He said “we are also going to host the Ukrainians temporarily”.

He decided to ignore the presenter as Burley kept asking “when” while he promised to welcome Ukrainian refugees to the UK once the “processes” to house them are in place.

Burley said: “These people literally are fleeing for their lives!”

“These people literally are fleeing for their lives!”

Cleverly, clearly rattled, replied: “Kay, if you’re going to ask me a question, let me answer it.”

Burley said: “We only have a limited amount of time, and you’re going off on a tangent.

“This is what my viewers want to know this morning, if I may!”

Clelverly defended the scheme and said: “The process has only just started. The vast majority of people are in the nations neighbouring Ukraine.”

Burley wasn’t having that answer though and cut in, “minister, if I may.

“I’ve asked you several times and we’ve gone round the houses on that one,” Burley replied.

Cleverly then announced he had to leave.

He said: “Kay, unfortunately I do have to go. I told your studio that I have to be clear for another interview I have at 7.20. I’m afraid I have to go now.”

“Make of that what you will,” Burley concluded as it came to an abrupt end.

In response to the interview filmmaker, Peter Stefanovic took the interview and shredded the Minster’s claims, proving Kay Burley was right and the PM has lied (again) to parliament.

He followed up writing: “I’m sick to death of Johnson’s lies to Parliament and shameless Government Ministers defending him. I refuse to accept the @CommonsSpeaker is can do nothing.”

Related: ‘It was a long night’ – BBC reporter Clive Myrie forced to flee from Ukraine