Following an exceptionally brave stint in Ukraine, Clive Myrie left the frontline this weekend - here's where the BBC reporter has ended up. 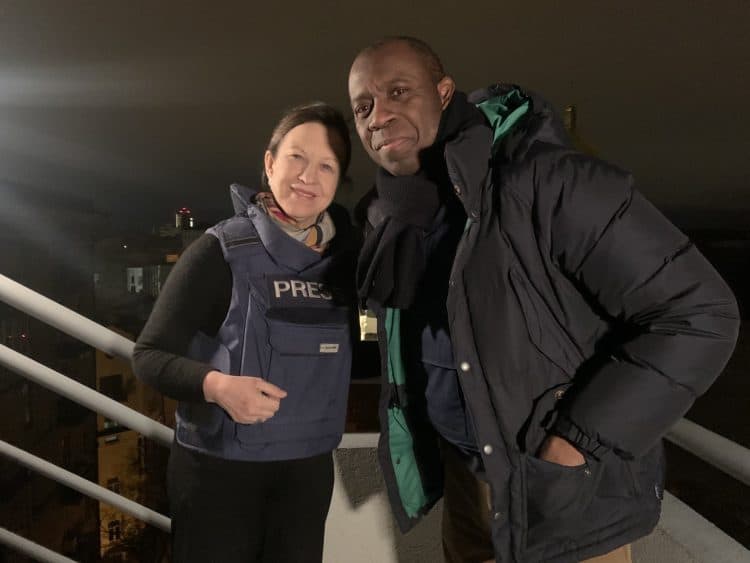 The BBC’s foreign correspondent, Clive Myrie, has detailed his journey out of a war-torn Ukraine this weekend. The senior journalist, who had earned global acclaim for his frontline reporting in Kyiv, has now made a safe passage into Romania with his crew.

Myrie – who also hosts Mastermind when he isn’t facing down the horrors of war – spent more than 24 hours on the road to escape from Kyiv. The BBC team went through Moldova, before completing the last leg of their trek on Sunday evening.

True to his skillset, the veteran broadcaster diarised the entire thing, via his Twitter account. Clive Myrie described the experience as a ‘very long night’, revealing that Ukrainian refugees are receiving a warm welcome from Romanian border officials.

“After 17 or so hours drive in all from Kyiv, heading south then west, then into Moldova to the frontier, we arrived at the queue to cross from Moldova to Romania. This was to become a long night.”

“A full eight hours later, we travel the less than two miles to cross into Romania, with a leaflet saying; ‘if you are Ukrainian you have the right to enter Romania and you will be protected’.”

‘Just welcome them as humans – that’s all they ask’

While reflecting on the arduous journey, Myrie shared his empathy for the refugees leaving Ukraine. Over one million natives are believed to have left the nation since the conflict escalated – and the newscaster hopes that those fleeing will be welcomed wherever they go.

“It was a long, day of driving and queuing to get out of Kyiv. Imagine having to leave all you know in a hurry because you’re being shelled. My thoughts are with the one million people who’ve fled Ukraine because they might be killed.”

“They all pray they’ll be welcomed in other countries as human beings. That’s all they ask.”

It was a long, day of driving and queuing to get out of Kyiv. Imagine having to leave all you know in a hurry because you’re being shelled! What do you pack? Do pets come too? It’s freezing cold and you pray those in neighbouring countries will welcome you, not despise you! 1/2 pic.twitter.com/61vDc3qNH4