The French Government says it is 'appealing to Priti Patel's decency', after the UK turned away a large number of Ukrainian refugees. 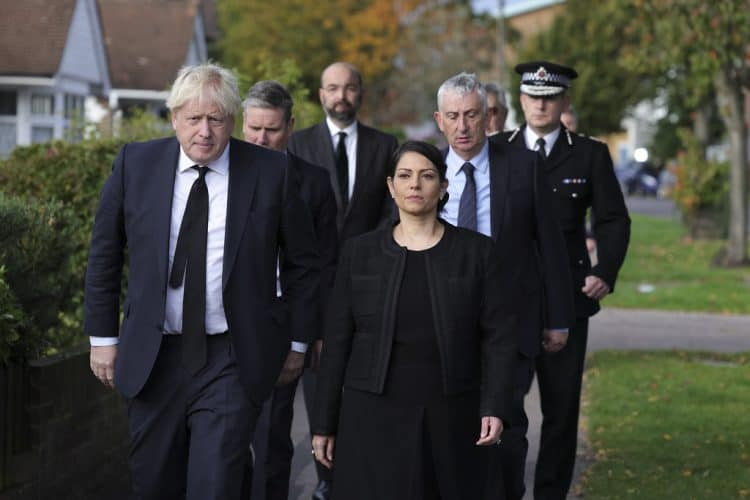 Well, this is bleak: UK government officials have been slammed for showing a ‘basic lack of humanity’ towards Ukrainian refugees this week, after an estimated 150 people were turned away at the British border.

‘Unsuitable and inhumane’ – UK dragged for response to Ukrainian refugees

Despite undertaking a gruelling journey across the continent, these refugees – who were seeking shelter with family members based in the UK – were stopped at Calais. Immigration officials claimed that the war-affected migrants ‘did not have the correct paperwork’ to enter the country.

This has, quite understandably, irked the international community. French Interior Minister Gerald Darmanin couldn’t hide his frustration over the weekend, and he slammed the British Government for its ‘completely unsuitable’ response:

“In the past few days, the UK has turned back 150 Ukrainian refugees at Calais who were trying to reach their family members. The response was completely unsuitable showed a lack of humanity towards refugees.”

Darmanin, however, isn’t giving up hope just yet. The French official has since contacted UK Home Secretary Priti Patel – and he’s appealing to her sense of decency, in a bid to secure the safety of these Ukrainian refugees.

“I have twice contacted my British counterpart [Priti Patel], I told her to set up a consulate in Calais [to process asylum applications]…We’ve good relations. I am sure she is a decent person. I am sure she will solve this problem.”

Over a million people have fled from Ukraine in the past 10 days, after Russian President Vladimir Putin led a full-scale invasion into the neighbouring nation. With the refugee crisis only set to deepen from this point, the UK will be asked to play a major part in Europe’s response to this major humanitarian issue.

France has accused Britain of lacking humanity in its response to the Ukrainian refugee crisis. In a letter to the Home Secretary, the French Interior Minister, Gerald Darmanin, said the UK had turned back 150 refugees from Ukraine at Calais because they didn't have a valid visa.