"21st century Britain where Tony Blair will be made a Knight Companion, rather than standing in the dock at The Hague." 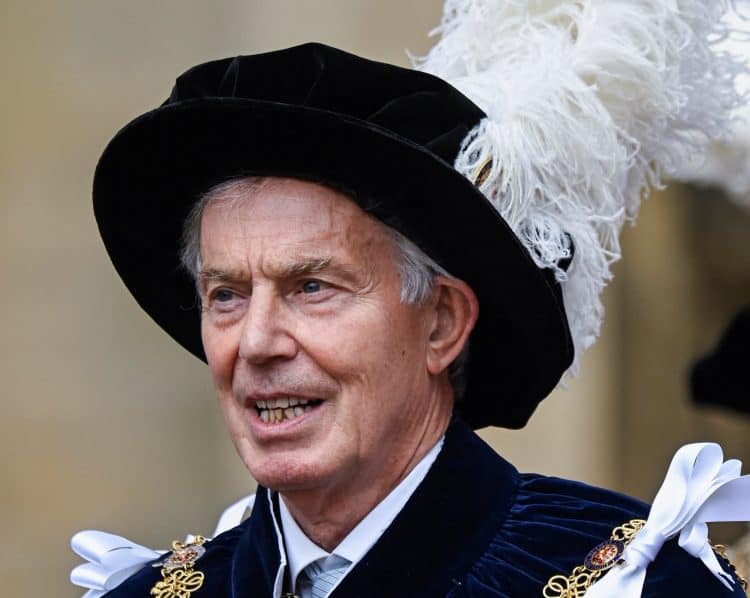 Protesters have gathered in Windsor as the annual Order of the Garter service was mired by controversy.

This year’s Garter Day was beset by an internal struggle after the disgraced Duke of York was forced to remain out of sight during the procession after a “family decision” was taken to limit his appearance to the lunch and investiture ceremony.

Then Sir Tony Blair was also appointed to the oldest and most senior British Order of Chivalry as a Knight Companion and the honour prompted a noisy protest outside the castle walls by around 100 Stop the War activists who at one point chanted “Tony Blair war criminal”.

Almost 1,200,000 people have signed a petition to have his “Knight Companion of the Most Noble Order of the Garter” rescinded.

It is a good week for the Blair’s as the company run by Euan Blair has become the UK’s first EdTech firm to achieve unicorn status after being valued at $1.7 billion (£1.4 billion) in its latest fund round.

Apprenticeship business Multiverse said it has secured 220 million US dollars (£175 million) in funding, doubling its valuation in just eight months and earning it a place among Britain’s unicorns.

It is understood Mr Blair – who was made a Member of the Order of the British Empire (MBE) for services to education in the recent Queen’s Birthday Honours – has a stake of between 25 per cent and 50 per cent of the business, now worth up to £677 million on paper.

Aamer Anwar tweeted: “21st Century Britain Royal Family arrive for a Service for the Most Noble Order of the Garter. Where #TonyBlair will be made a Knight Companion, rather than standing in the dock at The Hague.”

Here he is at the front of the procession.