"A catastrophically rapid descent towards fascism," wrote one person in response to Frankie Boyle's comment. 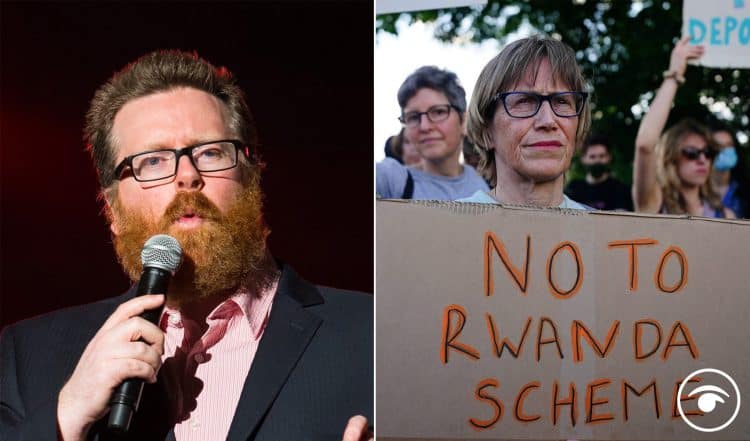 Boris Johnson accused lawyers representing migrants of “abetting the work of criminal gangs” as he defended the plan to send asylum seekers to Rwanda ahead of the expected first flight on Tuesday.

The plans have been challenged in the courts and condemned by the Church of England’s senior bishops and reportedly by the Prince of Wales, with the Prime Minister acknowledging that there had been criticism from “some slightly unexpected quarters”.

But he insisted the Government would not be deterred by the attacks “not least from lawyers” and told his Cabinet ministers that “we are going to get on and deliver” the plan.

The Archbishop of Canterbury tweeted: “Deporting asylum seekers should shame us as a nation. Our Christian heritage should inspire us to treat vulnerable people with compassion, fairness and justice.”

Wading into the argument the comic legend tweeted: “The Rwanda flight on the anniversary of Grenfell says everything about the direction we’ve travelled in the last five years.”

Does he speak for you?