"This is literally the Britain Nigel Farage and Tom Harwood created!," claimed on Twitter user. 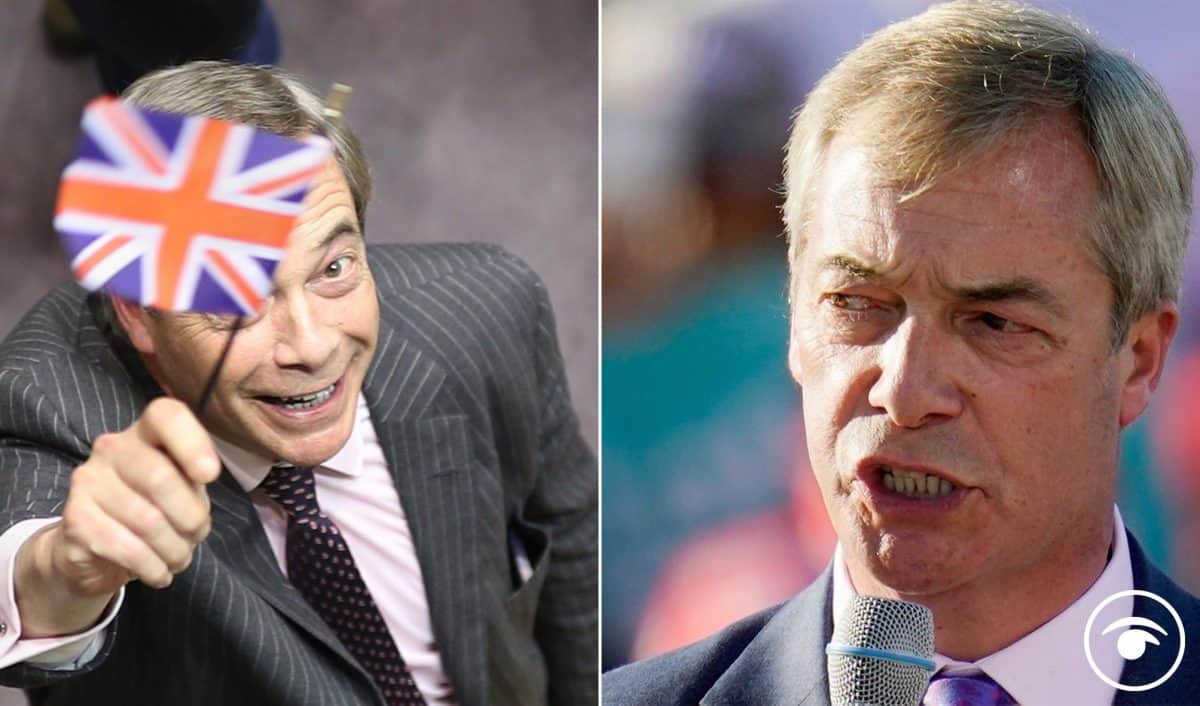 The former UKIP and Brexit Party leader was given a prime-time show as the channel tries to revive its faltering ratings, which slumped to zero at some points last week.

But his show got off to a rocky start as it was beset by mistakes and “mind-numblingly boring” commentary, according to one critic.

Others were left questioning how “this man change the world” as he failed to inspire.

A report from the anti-lockdown protests at Westminster seemed to sum the show up.

Tom Harwood had been sent down to see what was going on, but struggled to report back as foul-mouthed demonstrators continually interrupted him.

The protestor began branding Tom as “scum” and “w****r” than appeared to also shout ‘nazi,’ off-screen.

“But there have been some people who’ve been trying to obstruct them,” Tom said, but he soon became drowned out.

Farage then took action and decided to end his report there.

Pretty awful stuff on Nigel Farage’s new GB News show. Tom Harwood is put on air with a woman screaming abuse at him, with an anti-vaxx banner in the background pic.twitter.com/u5XhmvP3hA