Watch: Did Sunak concede last night that Brexit is a significant contributing factor behind high inflation?

"Where is UK media on this? The former chancellor appears to have conceded last night that Brexit is a significant contributing factor to the present cost of living crisis yet silence." 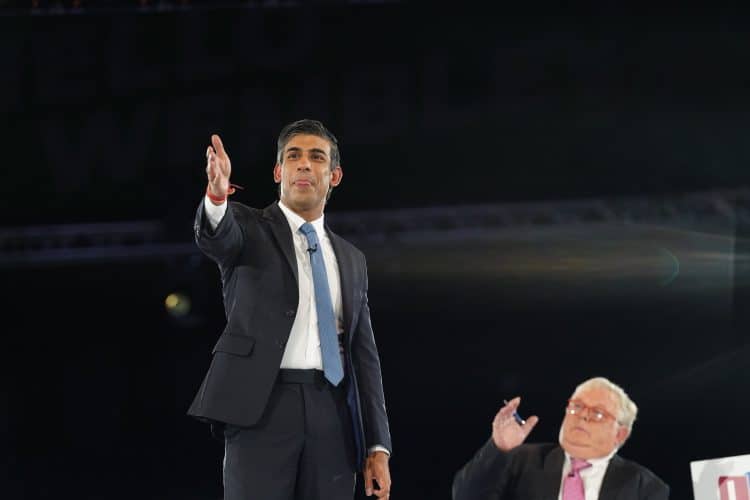 Liz Truss and Rishi Sunak have made their final pitches to Tory members as the contest to replace Boris Johnson enters its final hours.

However, filmmaker Peter Stefanovic picked up on a comment by Sunak that seems to point to an acceptance of the failings of Brexit.

Mr Sunak said leadership “starts by being straight with the country about the economic challenges”, adding: “I’ve not chosen to say the things that people may want to hear, I’ve said the things I believe our country needs to hear.

“Although it hasn’t made my life easy, it is honest and, for me, that is what leadership is all about.”

He went on: “My plan is the right plan to tackle inflation, to compassionately support those who most need our help and to safeguard our children’s economic inheritance.

“Because as Margaret Thatcher and Nigel Lawson knew, maxing out the country’s credit card is not right, it’s not responsible and it is certainly not Conservative.”

When asked by LBC’s Nick Ferrari why inflation is higher here than in a number of European countries.

Sunak responded that: “the reason why it is so high here is that the mix of energy is different to many other countries.

“The second thing that we have here, that other European countries don’t have is tightness in our labour market.

Sunak then tried to flatter the crowd saying: “Now many people here will be running businesses, as this is a fantastic Conservative audience of small business owners.”

However, that didn’t wash with Peter.

He said: “Inflation is due to shortage of labour.”

The video then switches to Priti Patel telling a crowd that Brexit will finally end free movement of people.

Peter concludes: “Even larry the cat knows Brexit has exasperated labour shortage in the last year.”

“Now it appears that Sunak, who championed Brexit, accepts one of the reasons why Britain is the only major western economy in which inflation has hit double digits is entirely self-inflicted by our own government.

Related: UK Inflation could reach an astonishing figure next year it has been claimed