Presenters and guests on BBC Breakfast had to evacuate the studio, after an unsettling alarm sounded during the Saturday morning broadcast. 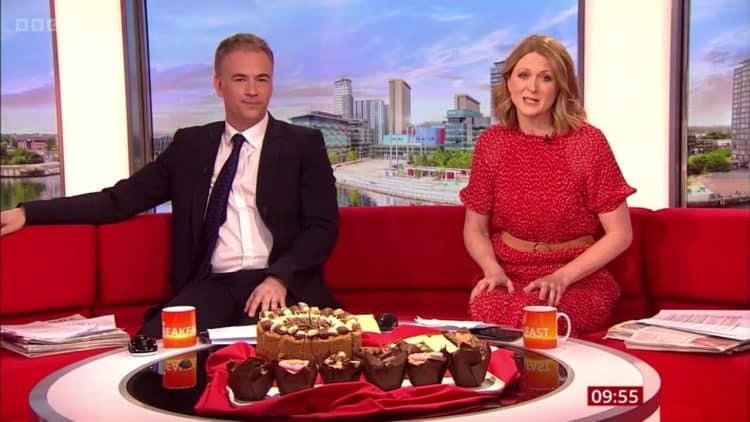 If you were watching this play out live on Saturday, we could forgive you for feeling a few chills. Presenters, guests, and crew working on the set of BBC Breakfast this morning were forced off-air, after an ominous-sounding fire alarm was activated.

Hosts Rachel Burden and Roger Johnson were left to contend with the blaring warning sounds just a few minutes before the programme was due to end. Their interview with Harpreet Kaur, who won the most recent series of The Apprentice this week, was terminated immediately.

Confusion was evident throughout the conclusion of the show, with Johnson admitting he ‘did not know’ if the show was still on air. As he said his hurried goodbyes to viewers, the broadcast then switched to a static title card.

The alarm instructed those in the Salford-based to studios to find their nearest exits and evacuate the building. It was hardly the kind of relaxed Saturday vibe viewers were hoping for, but the safety of all those in the building came first.

Thankfully, this incident has passed without any serious consequences. Staff were allowed back in the building just after 10:00, after safety officials gave it the all clear. Spare a thought for the BBC Breakfast presenters, by the way – they didn’t even get to tuck into the delicious baked treats Kaur had bought with her!

Thanks for all the messages about the fire alarm that interrupted the end of this morning’s programme.
Everyone is safe and is back in the building.

Lord Alan Sugar was also keeping a watchful eye on his latest apprentice, and as one would expect, he took a light-hearted view on the matter once the initial panic was over. He Tweeted this cheeky response earlier today:

“I hope the fire alarm didn’t go off on BBC Breakfast today because Harpreet left another batch of cakes in the oven!”