"Anti-vaxxers protest BBC coverage of pandemic by storming a building in White City. A building the BBC vacated in 2013 and is now luxury flats. Is there a link between stupidity and anti-vax? Opinions vary but evidence is growing …" Tweeted Andrew Neil 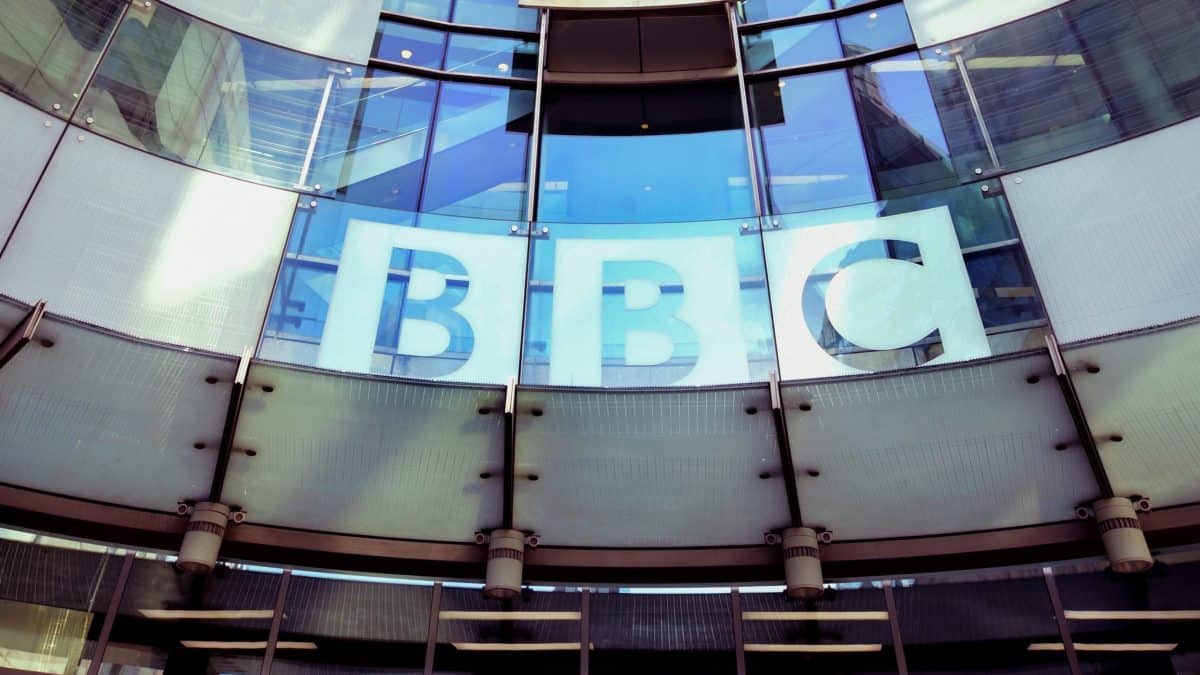 The anti-vax mob, who is believed to oppose vaccine passports and children jabs, clashed with police outside the BBC’s White City building, where they are barely based anymore.

The BBC sold the site to property developers Stanhope plc in 2013, who said that the new Television Centre would be opened up to the public, offering entertainment and leisure facilities and around 1,000 new homes.

Currently, the site is used for ITV live programmes such as This Morning and Loose Women, as well as some live BBC shows.

Andrew Neil Tweeted: “Anti-vaxxers protest BBC coverage of pandemic by storming a building in White City. A building the BBC vacated in 2013 and is now luxury flats. Is there a link between stupidity and anti-vax? Opinions vary but evidence is growing …”

Anti-vaxxers protest BBC coverage of pandemic by storming a building in White City. A building the BBC vacated in 2013 and is now luxury flats. Is there a link between stupidity and anti-vax? Opinions vary but evidence is growing …

*A building that the BBC used to own but sold in 2013 and is now used to film Loose Women and This Morning… pic.twitter.com/PeG5N16oJK

In a video, officers with batons can be seen trying to push protesters back to prevent them from entering the broadcaster’s site.

Paul Brown, who uploaded the video on Twitter, said: “Official Voice protesters try storming the BBC studios at White City but they come up against a heavy police presence.

“They are protesting against vaccine passports and vaccine for kids.”

Official Voice protesters try storming the BBC studios at white city but them come up against a heavy police presence- they are protesting against vaccine passports and vaccine for kids pic.twitter.com/FGTSJ6WLmu

Protest getting very heated at bbc studios white city, London against the jabs for children.. pic.twitter.com/5YrCDtxuCm

According to the Daily Mail, the Met Police said: “We’re aware of a group of demonstrators who, having set off from Shepherds Bush Green at around 1pm, are now gathered outside a commercial premises in Wood Lane, White City.

“There have been no arrests but officers are in attendance and will continue to monitor the situation.”

Watt was mobbed by protesters and then chased through the streets in scenes that have been described as “terrifying”.

A group of over 100 demonstrators had gathered in central London as Boris Johnson confirmed that so-called ‘freedom day’, when pandemic rules were initially going to be scrapped, was delayed for four weeks.

They brandished placards and chanted to vent their frustration at the stalling of the government’s road map back to fully opening hospitality, major sporting and entertainment and events and dropping social distancing requirements.

He previously told talkRadio that we “have had our liberties taken away from us”.

One rule for us…

He added: “The government don’t even obey their own rules. We are stuck here watching Matt Hancock fondling some young lassie while you’re not allowed to hug your mum and dad.”

Recently, the government has insisted the foreign secretary has acted within the Covid rules it set regarding travel quarantine.

It comes after Dominic Raab was criticised in a newspaper report for allegedly avoiding quarantine rules upon his return to the UK from France.

Alok Sharma, the Tory minister in charge of the Cop26 climate conference in November, has also been heavily criticised for allegedly flying to 30 countries in seven months without quarantining upon returning to the UK – even from red list countries.

And last month, Boris Johnson and Rishi Sunak abandoned plans to avoid quarantine after being contacted by NHS Test and Trace following backlash.