The footage was described as "terrifying". 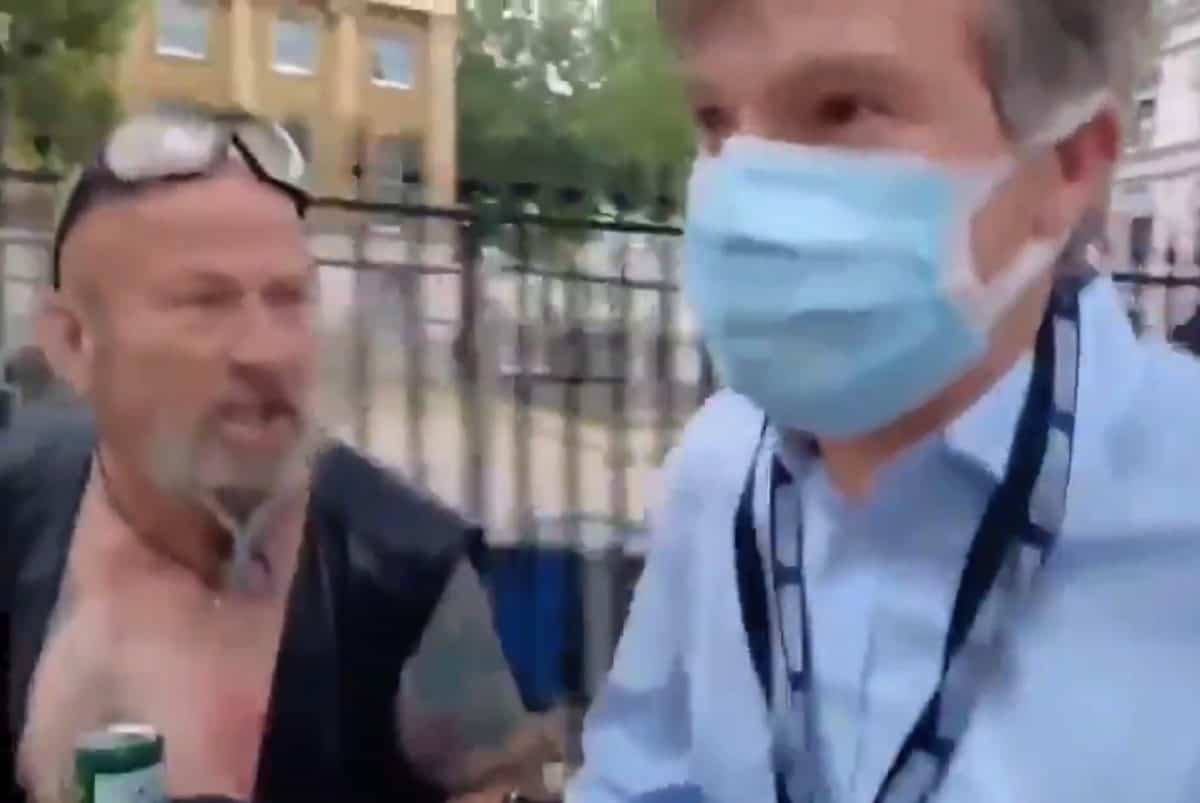 Calls for arrests to be made have been aired after footage emerged on social media showing the BBC’s Nicholas Watt being harassed by anti-lockdown protesters outside Downing Street.

A group of over 100 demonstrators gathered in central London yesterday as Boris Johnson delivered confirmation that so-called ‘freedom day’ when pandemic rules could be scrapped has been delayed for up to four weeks.

They brandished placards and chanted to vent their frustration at the stalling of the government’s road map back to fully opening hospitality, major sporting and entertainment and events and dropping social distancing requirements.

Actor Laurence Fox joined the protesters, warning that the demonstration was minor compared with what was being lined up for June 26.

But there was outrage after footage emerged of Newsnight editor Nicholas Watt being harassed by the crowds as he made his way to Downing Street.

Watt is mobbed by protesters and then chased through the streets in scenes that have been described as “terrifying”.

These yobs should be arrested https://t.co/l04VynMvTE