Lady Colin Campbell said the Duchess Meghan Markle is 'very committed to being self serving,' as she compared her to Rebekah Vardy. 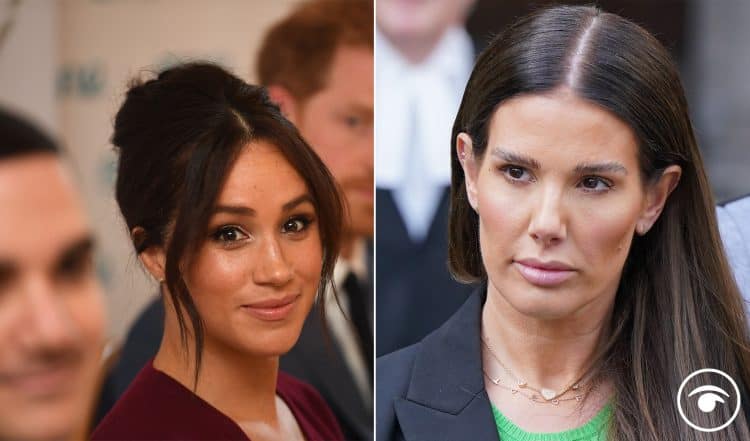 A minor aristocrat has compared Meghan Markle to Rebekah Vardy during an interview on GB News.

Lady Colin Campbell said the two women have ‘no apparent talent,’ who ‘think they know everything.’

Markle was a successful actor before she married Prince Harry.

On the other side, Rebekah Vardy’s failed libel case against Coleen Rooney is an “absolute disaster” for her reputation and “as damaging as it could be”, a media lawyer has said.

However, the royal expert still claimed that Markle is ‘very committed to being self serving.’

After comparing the mother-of-two to Rebekah Vardy, she told the presenter: ‘We seem to have a whole slew of really rather tiresome, very opinionated women, who seem to have made their way in life through talents which are not immediately apparent, and they think they’re the best thing since sliced bread. And they know everything.’

She went on: “This is a woman who, in my opinion, everything is calculated and it all comes down to status, and bucks and attention.’

Campbell added: ‘Notice how dexterously she moved him from the royal family to California…she has clearly decided that she wasn’t going to give her time or her energy to the British people or was serving humanity when she could serve her financial interests in a community property state, where in the event of a divorce she gets a whopping 50 per cent.’

Her comments didn’t go down that well: