The comments were applauded by the crowd gathered inside London's Royal Albert Hall. 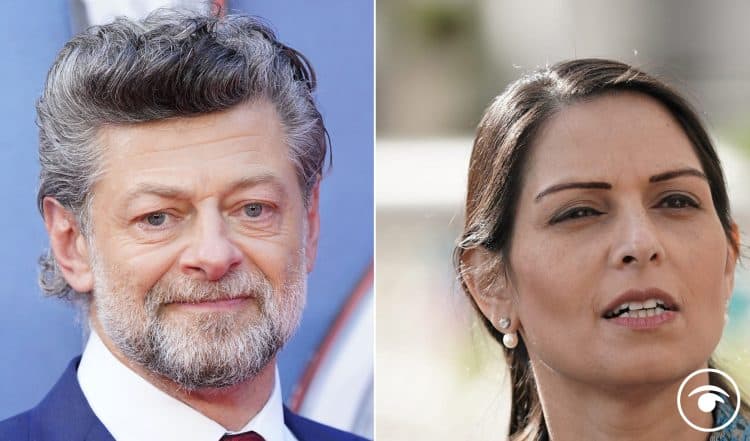 The leader of the Liberal Democrats has called for Boris Johnson to sack Priti Patel over her department’s handling of the Ukrainian refugee crisis.

In a speech at the party’s spring conference on Sunday, Sir Ed Davey said the Home Secretary’s response to the “humanitarian catastrophe” has been “utterly shameful”.

But the Government said “the facts just do not support these accusations”. Ms Patel has been approached for comment.

Well if that wasn’t enough for Patel actor Andy Serkis hit out at Priti Patel during last night’s Bafta awards ceremony, criticising the home secretary for fostering a “hostile environment” for refugees.

The 57-year-old said: “A world class director is a visionary empowered to change the world with a story that they’re burning to tell.

“Bringing together and leading a huge family of supremely talented strangers on a difficulty and chaotic journey.”

He added: “Whilst hopefully creating an atmosphere that inspires, is inclusive and values every single member of that family equally.

“So it’s no surprise that Priti Patel on her debut feature, Hostile Environment, found enormous problems.”

Serkis went on to say: “And that her follow up movie – All Refugees Are Welcome But Some Are More Welcome Than Others – is a complete nightmare.”

The comments were applauded by the crowd gathered inside London’s Royal Albert Hall.