"It is hard to believe, Susanna and Richard, that this is 2022," Rinder said. 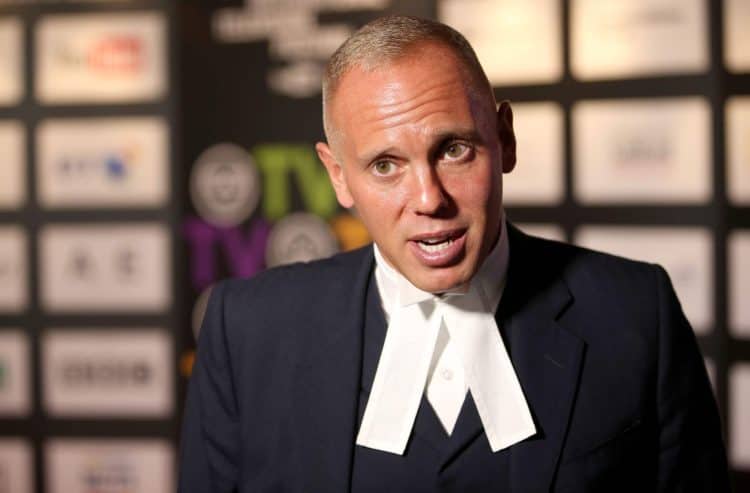 Boris Johnson’s claims that the UK has taken in more refugees than any other country in Europe have been slammed by an academic.

Appearing on the Kay Burley show Peter Walsh, a researcher from the Migration Observatory, said when you adjust for population size Britain is “well down the list” of countries who have provided sanctuary to those fleeing conflict.

It comes after the prime minister claimed the UK has taken “more vulnerable people fleeing theatres of conflict since 2015 than any other country in Europe,” a statement that has been deemed to be false by Full Fact.

Meanwhile, Rob Rinder, who has gone to the Polish/Ukraine border region area to help the grandparents of his former Strictly Come Dancing partner Oksana Platero find safety, said refugees in other countries are being warmly welcomed in stark contrast to the UK.

Calling on the government to cut the red tape, he said:

“When people come off the trains from Ukraine there are national desks with flags, France, Italy, Germany and even Japan.

“We couldn’t find a British desk, and the nearest office is 2 hours away or you go to Krakow and fill out a form.

“The red tape needs to be cut.”

He also told viewers: “I can tell GMB viewers and you that it is [history] repeating itself. It’s hard to believe, Susanna and Richard, that this is 2022.

“The trains arrive infrequently and when they do, it is women, it is children, it is babies in mothers arms, they arrive in wagons cheek to jowl, a sea of humanity with just very often one suitcase and in some cases just the clothes off their back.”