A chef in Newcastle sent a covert message to Boris - see if you can spot it. 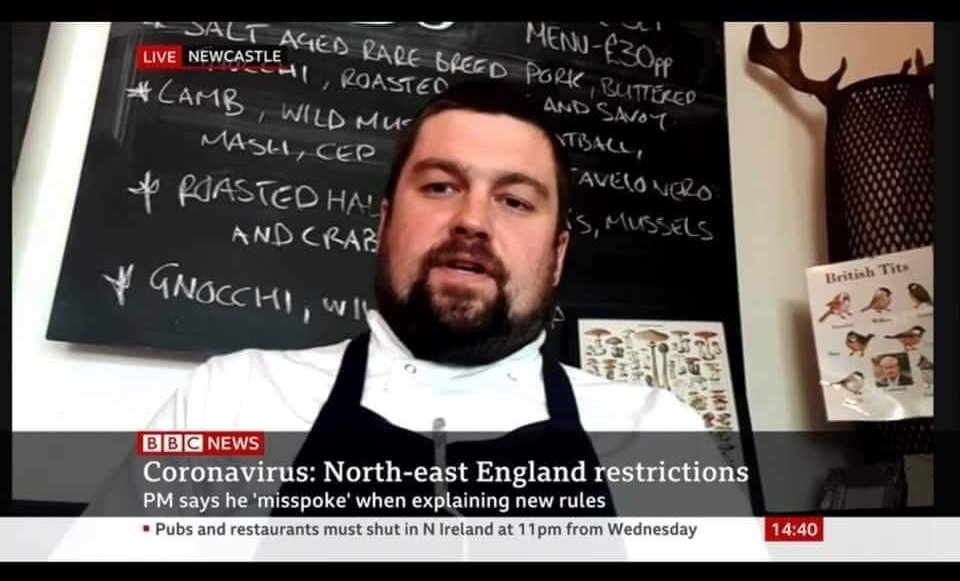 Eagle eyed social media users have pointed out what could be another cryptic message aimed at the government in a BBC broadcast yesterday.

Following the news that people in the North East will not be able to meet friends from outside their bubble indoors, a Geordie chef followed in the footsteps of the cheeky librarian who displayed books such as The Twits, Betrayed and The Subtle Knife on the shelf ahead of a Boris Johnson announcement by making a covert display of his own.

Max Gott, head chef and co-owner of the Bistro Forty Six in Newcastle, arranged a display of British tits in the background of his Zoom interview and included a picture of the Prime Minister alongside the birds.

It comes after Gott sent out a few pointed tweets to the PM, explaining the dilemma many restaurants such as his face.

Dear @BorisJohnson
We are running at 40% capacity. Even if we are full 7 days a week we will not break even. Its physically not possible for us to make money under current guidance. We need help!
You absolute weapon.
Much love
Every independent restaurant
X

When you see it… ? pic.twitter.com/oMiX4m9VfS

Yesterday a publican in Manchester barred MPs from his venue until either the curfew is called off or financial support is offered.