Asked whether he would denounce white supremacists, Trump demurred before saying: “Proud Boys - stand back and stand by.” 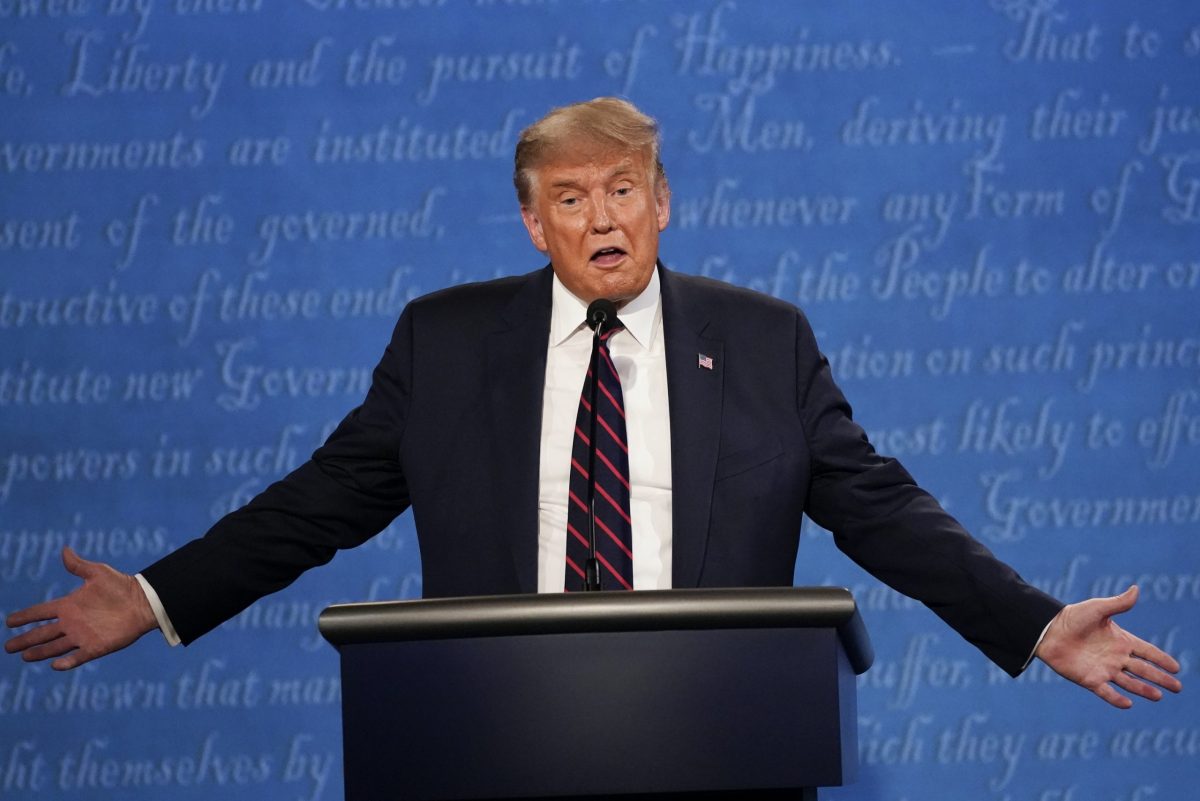 Members of the far-right Proud Boys celebrated being mentioned by President Trump during Tuesday night’s first presidential debate, after he refused to condemn the extremist group.

Asked whether he would denounce white supremacists, Trump demurred before saying: “Proud Boys – stand back and stand by.” He quickly sought to place the blame on Antifa, adding: “Almost everything I see is from the left-wing, not from the right-wing.”

Within minutes, the New York Times reported, members of the group were lauding the president’s remarks as “historic” in private social media groups. In one, on Telegram, members said that Trump’s comments amounted to an endorsement of their violent actions.

In another, the paper said, a Proud Boys member said that the group was already seeing a spike in “new recruits”. On Telegram, the organisation added Trump’s remarks to their logo.

The neo-fascist group describe themselves as a “pro-Western fraternal organisation for men”. It openly endorses violence, and has been tied to a number of violent incidents at recent protests.

British fashion brand Fred Perry earlier this week pulled one of its most famous polo shirt designs after it became associated with the Proud Boys.

In a statement posted to its website, Fred Perry said it was “incredibly frustrating” to see the polo shirt and its famous laurel  wreath co-opted by the Proud Boys.