"Didn’t they read their own impact assessment which said the protocol would mean checks, costs & an increase in the price of high street goods!" 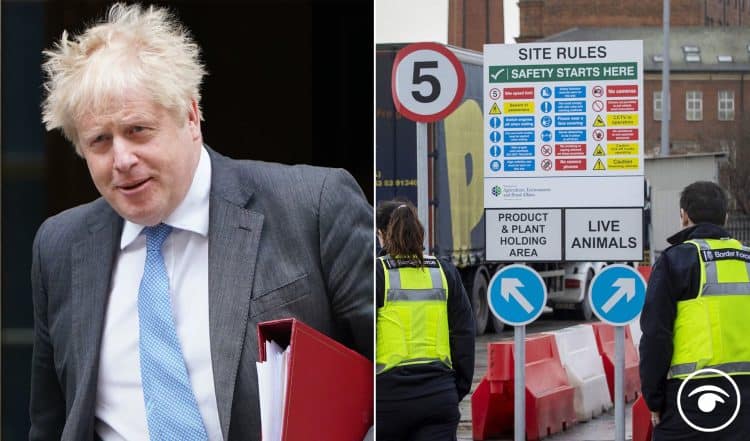 Boris Johnson has said the UK will have a “necessity to act” if the EU is unwilling to reach a compromise in the deepening crisis over the Northern Ireland Protocol.

This bullish statement by the PM has been slammed in a new video by Peter Stefanovic.

It comes after Foreign Secretary Liz Truss was accused of being too ‘gung ho’ in her approach. But a source hit back at the claims, and insisted she wants to ‘keep this calm, not blow things up’.

The Prime Minister – who travels to Belfast on Monday for emergency talks with the Northern Ireland parties – said the Government remained open to “genuine dialogue” with Brussels.

But amid fears of a looming trade war, he said that if there was no movement on the EU side, the Government will set out its “next steps” in a statement to Parliament “in the coming days”.

His warning comes amid reports ministers could table emergency legislation as early as this week to override the protocol which requires customs checks on goods moving from Great Britain to Northern Ireland.

Peter slams the government’s new stance and tweeted the video adding the text: “It’s absolutely outrageous Government Ministers are now pretending they had no idea of the chaos Johnson’s “oven ready” deal would cause.

“Didn’t they read their own impact assessment which said the protocol would mean checks, costs & an increase in the price of high street goods!”