The images were captured last month by the Solar Orbiter, a probe designed and built in the UK. 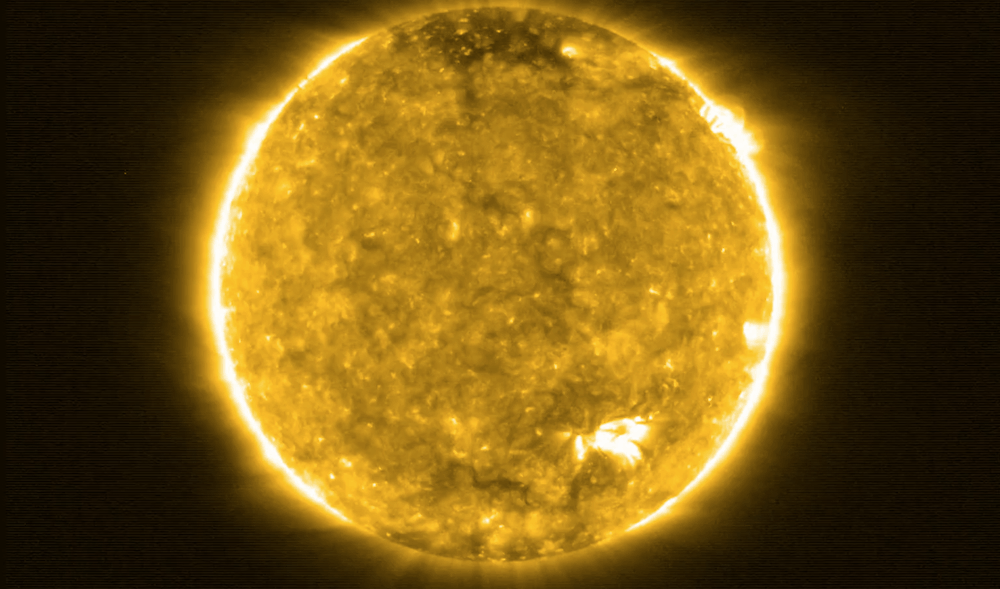 Scientists have revealed the closest images ever taken of the Sun, which show mini solar flares, called “campfires”, dotted across its surface.

The images were captured last month by the Solar Orbiter, a European Space Agency probe designed and built in the UK, when it came within 47 million miles of the Sun’s surface.

The close pass, known as a perihelion, put the spacecraft between the orbits of Venus and Mercury.

The images come as the Solar Orbiter completes four months of technical verification, known as commissioning.

Solar flares are brief eruptions of high-energy radiation from the Sun’s surface, which can cause radio and magnetic disturbances on the Earth.

Dr Caroline Harper, head of space science at the UK space agency, said that scientists were excited by the presence of campfires that are “millions of times smaller than the solar flares”.

She said: “We do not really know what they (the campfires) are doing but there is speculation that they might play a role in coronal heating, a mysterious process whereby the outer layer of the Sun’s atmosphere, known as the corona, is much hotter (around 300 times) than the layers below.

“These campfires may be contributing to that in a way we do not know yet.”

To find out more, scientists will monitor the temperatures of these campfires using an instrument on the spacecraft known as Spectral Imaging of the Coronal Environment, or SPICE.

David Berghmans of the Royal Observatory of Belgium (ROB), principal investigator of the EUI instrument, which takes high-resolution images of the lower layers of the Sun’s atmosphere, said the smallest campfires measure around 800 kilometres (500 miles).

He added: “The Sun might look quiet at the first glance, but when we look in detail, we can see those miniature flares everywhere we look.”

Aside from helping unlock the mysteries of coronal heating, the Solar Orbiter will also help scientists piece together the Sun’s atmospheric layers and analyse the solar wind, the stream of highly energetic particles emitted by the star.

Understanding more about solar activity could also help scientists make predictions on space weather events, which can damage satellites in orbit and disrupt the infrastructure on Earth that mobile phones, transport, GPS signals and the electricity networks rely on.

Dr Harper said: “The science will allow us to start improving our operational capability to predict the space weather, just like you predict the weather here on Earth.”

The spacecraft will make a close approach to the Sun every five months, and at its closest will only be 26 million miles away, closer than the planet Mercury.

It will use the gravitational force of Venus and Earth to adjust its trajectory, before getting into operational orbit in November 2021.

Dr Harper told PA: “At that point, it will send back much more data about the Sun’s surface.

“It will also be flying over the poles of the Sun and take images.”

The Solar Orbiter was constructed by Airbus in Stevenage and blasted off from Nasa’s Cape Canaveral site in Florida on February 10.

It has been designed to withstand the scorching heat from the Sun that will hit one side, while maintaining freezing temperatures on the other side of the spacecraft as the orbit keeps it in shadow.

Dr Harper said: “It is really quite exciting to be involved (in the mission).

“We have leading roles on four of the 10 scientific instruments on board the Solar Orbiter.

“For me, it showcases the UK’s world-leading role in solar physics research and its capabilities in the industrial space sector.”

Related – Discovery of 20 new moons puts Saturn ahead of Jupiter