A video of a Ukrainian woman throwing a Molotov cocktail at a tank from a moving car has also gone viral. 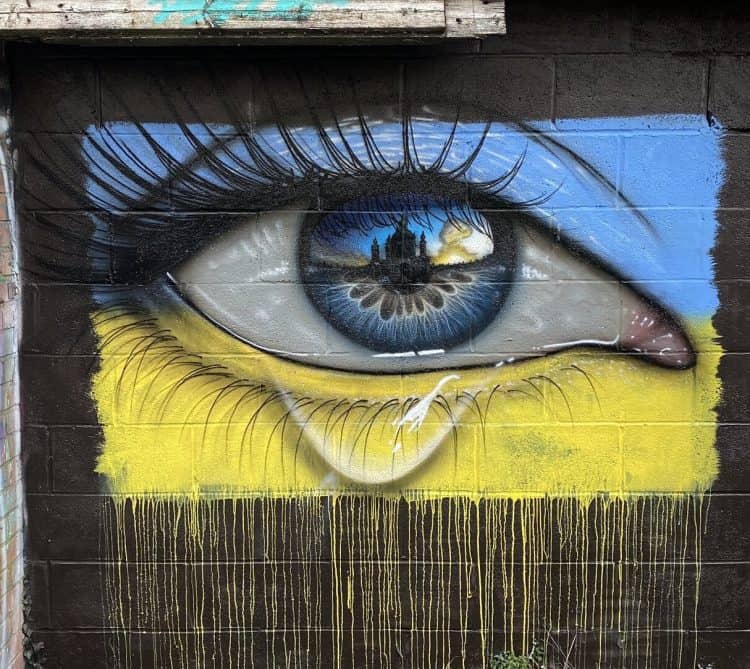 A brewery in Ukraine has switched to making Molotov cocktails instead of beer following Russia’s invasion.

Now the Ukrainian Ministry of Defence has issued a graphic to tell the nation how to ensure they inflict the most damage to Russian military vehicles.

The Lviv-based Pravda brewery announced its plans after the Ukrainian defence ministry issued instructions to its citizens on how to make the rudimentary explosives to resist the advancing Russian troops.

According to reports on social media, the Pravda bottles have labels which read: “Putin is a dickhead.”

Civilians have been encouraged to make their own petrol bombs, with President Zelensky’s government even giving out a DIY flyer with instructions.

The name Molotov cocktail was coined by the Finnish during their war with Soviet Russia in 1939.

“Vulnerabilities of enemy vehicles. Beat the occupier! Let’s win together!”

A video of a Ukrainian woman throwing a Molotov cocktail at a tank from a moving car has also gone viral.