“I get accused of being pro-Russian and pro-Putin, I’m pro-human rights, that’s my position," the former Labour leader said. 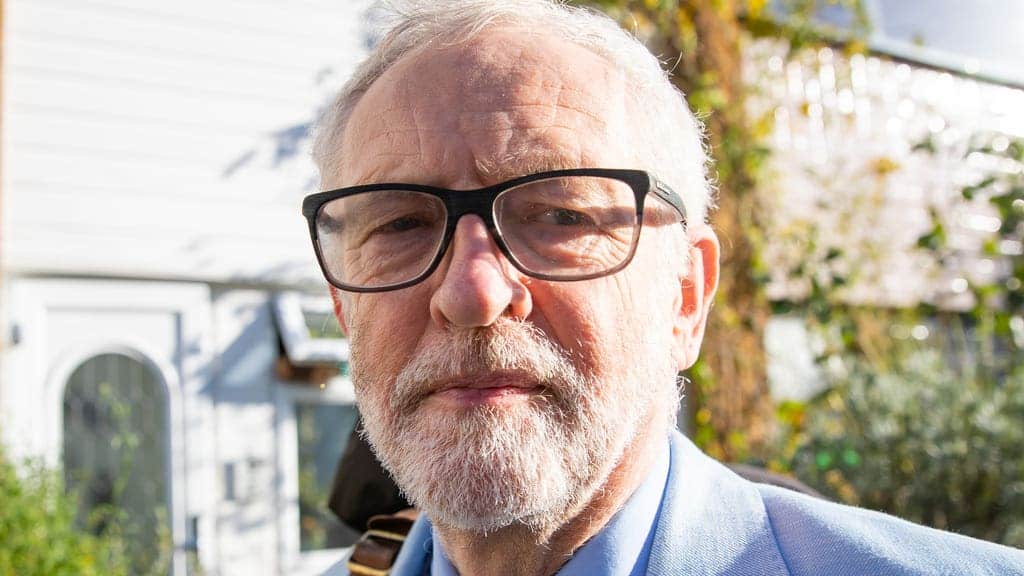 Jeremy Corbyn has spoken out against the Russia-Ukraine conflict, laying out his thoughts and his solutions to end the war.

The former Labour leader said he is “horrified” at the war in Ukraine, the loss of life, and the future.

In a video for Double Down News, Corbyn said: “Ukrainian people are now going through an absolute hell. They’re frightened of what may happen, bombardment from the air and the arrival of tanks and other forces is terrifying.

‘Go back to original agreements on Ukraine’, Corbyn urges West

“My thoughts are with the people of Ukraine. They deserve and should be able to live in peace in the future as should the peoples of any other country of the world.”

Corbyn hit out at the West and said they should “go back to the original agreements” on Ukraine made in Budapest and Minsk, which he said were “designed to bring along a long-term ceasefire”.

“Often those that dissent at a time of a perception of complete unity are seen to be the prescient voices for the future, so being a bit unpopular once or twice is no bad thing,” he added.

He said every war ends with a political solution and dialogue, and urged political leaders to move from fighting to talking.

He said: “It’s very easy for politicians in any Parliament in the West to get up and say ‘go to war’. It’s always easy to vote for somebody else’s children to go to war and die.”

And he warned that in wars, opposing sides try to ensure “only their line and their story gets out”.

He added: “It’s truth that is the first casualty in the fog of war.

“I get accused of being pro-Russian and pro-Putin, I’m pro-human rights, that’s my position.”

Corbyn said no solution to the current conflict involves a war with Russia, but getting Kremlin’s forces out of Ukraine.

He said: “An attack on Russia isn’t gonna bring about peace, it’s gonna bring about a worse situation and another war and more hatred and more of the world’s precious resources taken up in manufacturing arms and weapons of mass destruction rather than dealing with the environmental crisis that everyone faces.

Dissenting and being unpopular once or twice ‘no bad thing’

“Nobody ever actually wins a war, even having a war is a defeat for all of us so the question is how to halt the wars as quickly as you can and move on to a process of peace, understanding, recognition.

“What we need is more voices for peace, more anti-war activists around the world to expose the dangers and the folly of war”.