The bottles reportedly have labels which read: “Putin is a dickhead.” 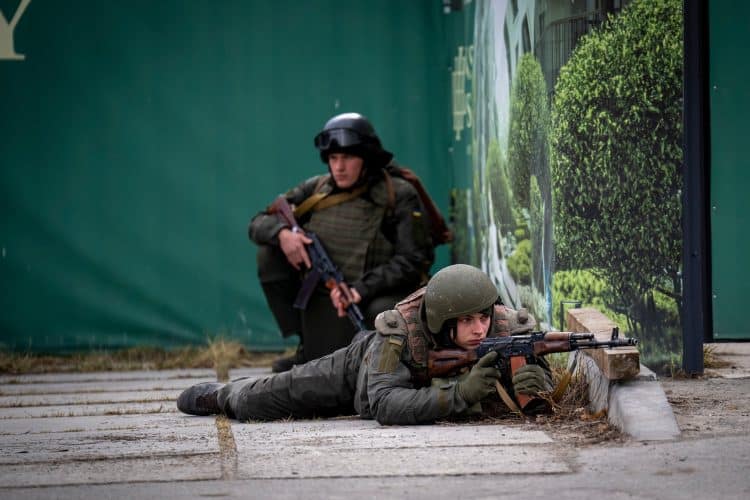 A brewery in Ukraine has switched to making Molotov cocktails instead of beer following Russia’s invasion.

The Lviv-based Pravda brewery announced its plans after the Ukrainian defence ministry issued instructions to its citizens on how to make the rudimentary explosives to resist the advancing Russian troops.

According to reports on social media, the Pravda bottles have labels which read: “Putin is a dickhead.”

‘We have to defend our homeland’

It comes amid reports that some Ukrainian men and women are returning home from across Europe to help defend their homeland.

Poland’s Border Guard said on Sunday that some 22,000 people have crossed into Ukraine since Thursday, when Russia invaded the country.

At the checkpoint in Medyka, in south-eastern Poland, many were standing in a line early on Sunday to cross into Ukraine.

“We have to defend our homeland. Who else if not us?” said a moustachioed man in front of a group of some 20 Ukrainian truck drivers walking to the checkpoint to enter Ukraine.

Another man in the group said: “The Russians should be afraid. We are not afraid.”

Members of the group declined to give their names, or only gave their first names, citing their security and that of their families.

A man in his 20s, who said his first name was Denis, said he had been working in Poland but was returning to Ukraine where his “everything” is.

“I’m on my own here in Poland. Why should I be here? So I go, for the homeland,” Denis said.

Lesa, a woman in her 30s, spoke to the Associated Press just before entering the checkpoint building.

“I am afraid, but I am a mother and want to be with my children. What can you do? It’s scary but I have to.”

Another young woman said she too was returning to take care of her children, so that Ukrainian men can defend the country.

“We have to, we Ukrainians have to take our children away … to allow our boys to fight,” she said.

On Ukraine’s side of the border, a man was directing those arriving to a place where cars and buses were waiting to take them onward.

Ukrainian President Volodymyr Zelensky was staying in the capital Kyiv, boosting the morale of Ukrainian fighters as Russian troops were closing in on the city and huge explosions lit up the sky early on Sunday.

Zelensky has banned men of military age, 18 to 60, from leaving the country.

Ukrainian authorities have also called on foreign volunteers to come and fight in Ukraine’s defence.

At least 200,000 people have fled Ukraine into Poland and other neighbouring countries in the wake of the Russian invasion, UN refugee agency the UNHCR said on Sunday.