Multiple videos on social media have shown Russian military out of fuel, food and stuck on highways. 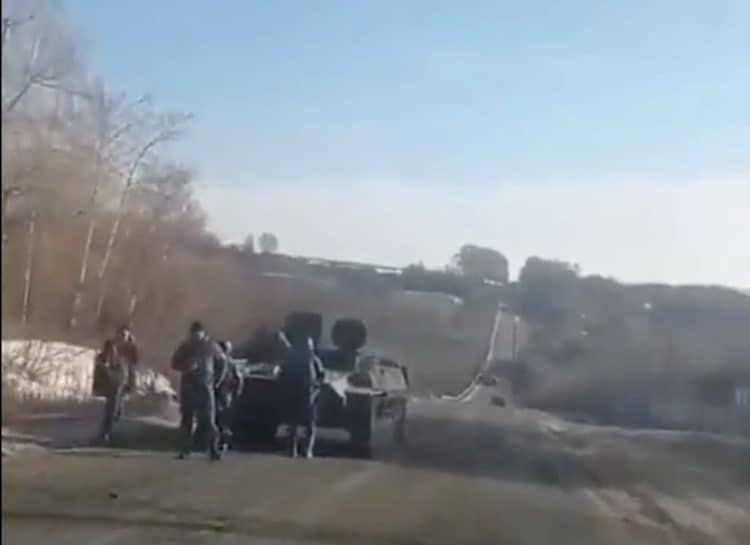 Footage of a Ukrainian driver asking stranded Russian soldiers if he could “tow them back to Russia” has gone viral.

In the latest of a series of videos showing brave civilians confronting Russians invading their country, the man can be seen driving towards the Russian tank and stopping beside it.

According to translations on Twitter, the Russians tell the driver they are out of gas. The driver replies offering to tow them back to Russia. They can all be heard laughing.

According to a translation posted by Kyiv-based freelance correspondent, Olga Tokariuk, he tells them: “What the f*** are you doing here? I am Russian too, but I live in this state. You have your country, we have ours.

“Don’t you have problems in your country to solve? Are you all rich there, as in the Emirates? You’re just puppets.”

On Thursday, footage emerged of a woman offering sunflower seeds to Russian soldiers on a the streets of Kherson, south of Ukraine, expressing her hopes that flowers would grow when they die on Ukrainian soil.

According to the translation, she said: “Who are you?”, to which a soldier standing in the street says: “We have exercises here. Please go this way.”

After asking if they are Russians, she said: “So what the f*** are you doing here?”