Meanwhile, in the UK, the Home Office has stopped accepting visa applications from Ukrainians stuck in the country, meaning there is no safe and legal route for them to seek asylum in Britain unless they have British relatives. 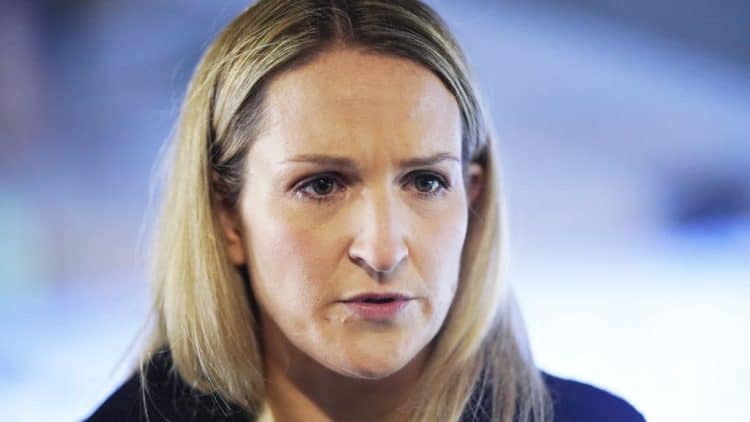 The Department of Justice said the emergency measure will support the swift exit of both Ukrainian family members of Irish citizens and the family of Ukrainian people resident in Ireland, RTE has reported.

Those who travel to Ireland without a visa during this period will then have 90 days after arrival to regularise their position. This position will be kept under ongoing review with the impact monitored closely, the department said.

“Appalled by the Russian invasion”

Minister McEntee said: “I am appalled by the Russian invasion of Ukraine, and the aggressive attack against a democratic sovereign state in Europe.

“We stand in solidarity with Ukraine and its people and will, working with our partners in the European Union, play our part in assisting them in their time of need.

“That is why I am immediately lifting visa requirements between Ukraine and Ireland.

“This will apply to all Ukrainians who want to travel to Ireland. It will assist Irish citizens and their families in Ukraine, as well as the families of members of the Ukrainian community here in Ireland who may want to leave Ukraine.

“This measure will be kept under review and the Government will also work with colleagues on any further EU-wide measures that might assist those fleeing Ukraine.”

Meanwhile, in the UK, the Home Office has stopped issuing visas to Ukrainians, other than family members of British citizens who normally live in Ukraine.

Those who are eligible to apply can only do so via a temporary consulate in Lviv, western Ukraine, or at consulates in neighbouring Poland, Hungary, Romania or Moldova.

The restrictions mean there is no legal means for the tens of thousands of Ukrainians resident in the UK to bring endangered relatives to Britain.

Without a valid visa, Ukrainians will be barred from boarding flights, trains or ferries to the UK.

Yvette Cooper, shadow home secretary, said the Home Office should ensure Ukrainians with family in the UK could “swiftly” join them “as a top priority”.

The department should post staff to neighbouring countries and reception centres and “remove bureaucracy and delay,” she said.