"I am Russian too, but I live in this state. You have your country, we have ours." 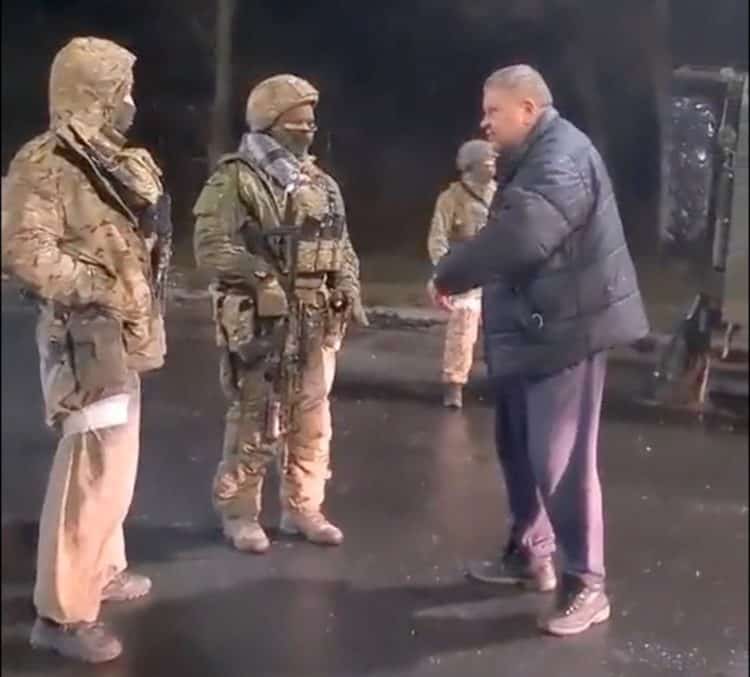 An elderly man has been filmed confronting Russian soldiers in Ukraine.

The man, who is of Russian descent, told the military personnel they are “like they are kids” in a blistering attack, adding that he is disgusted with their behaviour.

The soldiers could only stand silently and listen as he tore into them.

According to a translation posted by freelance reporter Olga Tokariuk on Twitter, he is saying: “What the f*** are you doing here?

“I am Russian too, but I live in this state. You have your country, we have ours.

“Don’t you have problems in your country to solve?

“Are you all rich there, as in the Emirates? You’re just puppets”

The footage was recorded in the Ukrainian city of Melitopol, 70 miles away from the border of Crimea, which Russia annexed from Ukraine in 2014.

Ragıp Soylu, the Turkey Bureau Chief for Middle East Eye, commented on the footage on Twitter, writing: “Grandpa is reprimanding the Russian soldiers in Melitopol like they are children.”

Related: Ukrainian driver asks broken-down soldiers: ‘Want me to tow you back to Russia?’