Maia Mikhaluk said ‘those shards of glass are like shards of people’s lives’. 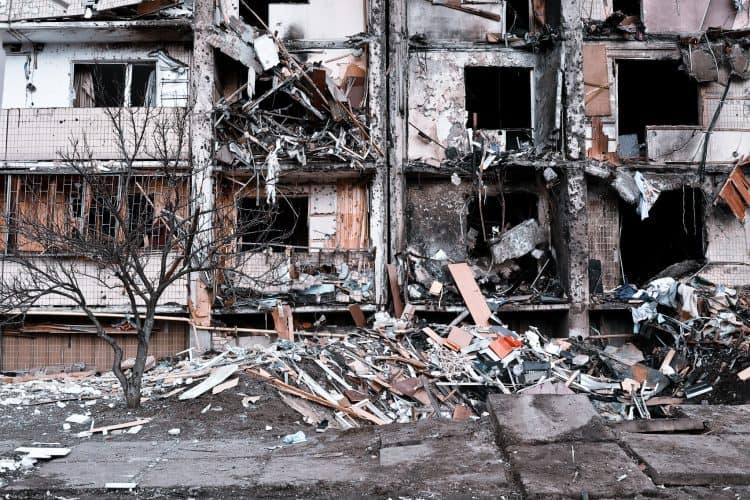 A resident of Kyiv described the damage in Ukraine’s capital as “surreal” after sharing photographs of children playing in the rubble of a decimated tower block.

Maia Mikhaluk, 51, a part-time photographer, shared photos of damaged buildings near a play area in the Darnytskyi region of Kyiv on Friday.

She told the PA news agency she had read that a Russian rocket had been hit by Ukraine’s air defences and the debris had fallen into the building featured in her photographs.

“It’s shocking. It’s surreal to be taking these pictures in Kyiv, in the capital of a European country, right in the centre of Europe,” she said.

Ms Mikhaluk said she is living with her husband, her pregnant daughter and her son-in-law in Kyiv.

They were woken on Friday morning by a loud explosion that rattled their windows, prompting them to take shelter in the corridor for several hours.

“Our daughter is 38 weeks pregnant and that kind of adds big time to our concerns and fears,” she said.

“If she goes into labour we need to get her to the hospital and hopefully not during the bombing.

“She’s doing OK. She’s trying to stay positive. Just we keep praying that this baby will come, together with a victory over this much larger enemy… just hope there will be a miracle.”

Among her photos of the damage Kyiv has sustained is a picture of two children among the debris.

“I was kind of shocked to see the kids there playing in the rubble,” she said.

“I just thought that was just the picture of this crazy thing that shouldn’t be happening.”