"So no break from the pandemic just straight to World War III," wrote one person on Twitter. 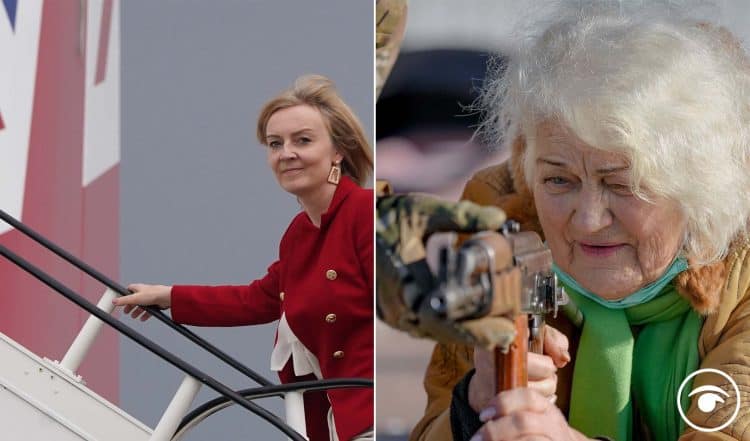 Boris Johnson will travel to Europe later this week as part of intensive diplomatic efforts to bring Russian President Vladimir Putin “back from the brink” of war in Ukraine.

The prime minister, defence secretary Ben Wallace and foreign secretary Liz Truss are all due to take part in meetings with international counterparts to discuss the crisis, although there were acknowledgements in Whitehall the diplomacy may prove futile if the Kremlin is set on war.

The diplomatic activity came as the UK stepped up warnings for Britons to evacuate from Ukraine, with a defence minister suggesting missiles would start raining down on the country within minutes of Mr Putin deciding to launch an invasion.

Downing Street conceded Moscow could be planning to invade “at any moment” but the Prime Minister will hold talks with world leaders before a trip to Europe during this week’s “window of opportunity” for de-escalation.

The UK and other Nato allies have urged their citizens to flee Ukraine and some airlines have cancelled flights to Kyiv amid growing concerns that the estimated 130,000 Russian troops amassed on the border could be poised to attack.

Armed Forces Minister James Heappey warned Britons there might not be time for them to flee Ukraine if they wait until fighting starts.

“This is a warning because minutes after Putin gives the order, missiles and bombs could be landing on Ukrainian cities, and that means British citizens should leave now whilst they have the opportunities to do so,” he told Sky News.

Global markets have been thrown into turmoil in the second Monday collapse in less than a month, wiping billions off the exchange in London.

More than £54 billion had been removed from the value of London’s top 350 companies just a couple of hours after markets opened on Monday morning.

It comes as tensions continue over Ukraine. On Monday morning Armed Forces Minister James Heappey suggested the risk of war is the highest it has been in Europe since the 1950s.

It is all getting very serious and when times are bleak, some gallows humour is all we have.

So hopefully these memes brighten up your day a bit

Related: Macron & Putin’s meeting on an huge table got the meme treatment