Marianne Kay said the UK’s visa application system is ‘the most dehumanising and humiliating process’ compared to other countries. 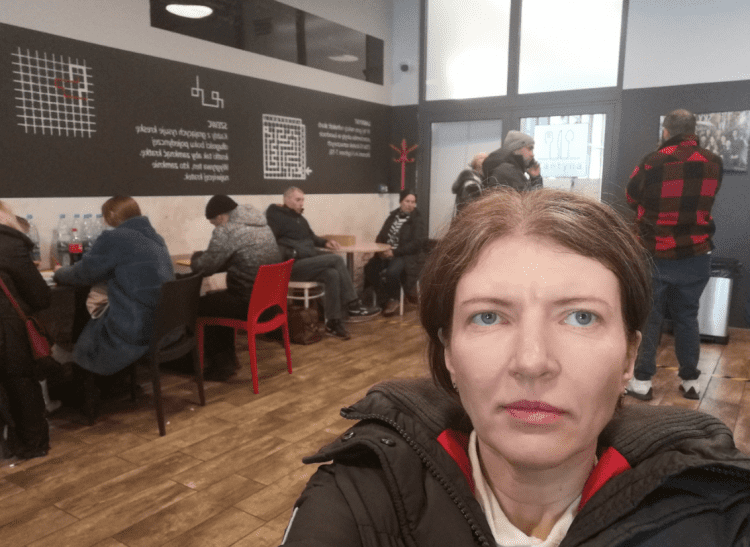 The daughter of a Ukrainian refugee has said the UK visa system is an “absolute mess” after police were called to calm “angry” crowds at an application centre in southeast Poland.

People fleeing the Russian invasion were banging on the centre’s windows from the street when police arrived on Tuesday, as staff told the crowds in Rzeszow that they were only able to see to 100 applications in one day.

Marianne Kay, 43, was born and grew up in the Ukrainian city of Lviv but has lived in Yorkshire for around 20 years, and called the UK’s “impossible” visa system “beyond a mess”.

Ms Kay, who works in IT management at the University of Leeds, told the PA news agency: “People were angry, they lost patience – they are very tired.

“It was obvious (the staff) were scared of the crowds because it is scary.

“Eventually the police came because it was so loud and so bad… people were on the street banging on the windows because they wanted to come in.”

“Designed to let as few Ukrainians in as possible”

Ms Kay flew to meet her 79-year-old mother, who made the journey from Lviv and through the Polish border to Rzeszow, in order to help her submit biometric data for her Ukraine Family Scheme visa application.

She and her mother, a professor of political science at the Ivan Franko National University of Lviv, drove two and a half hours to the centre from Krakow on Monday – where the doors were shut later in the afternoon when the centre hit its 100-person capacity.

They returned on Tuesday, where staff informed the crowds that they would not work through a list created the previous day, but instead will “prioritise people who booked appointments through the website”.

“The whole process was designed to let as few Ukrainians in (to the UK) as possible,” Ms Kay said.

“It’s confusing as hell and the rules are changing every day – it’s impossible to complete the process.

“It is the hardest, most dehumanising and humiliating process in comparison to other countries.”

The Prime Minister told the House of Commons on Wednesday that a thousand visas had been granted under the Ukraine Family Scheme allowing relatives of people in Britain to flee the war zone to join their families, and he promised another programme allowing individuals to offer a home to Ukrainians would be set out in “the next few days”.

“We know how unscrupulous Putin can be in his methods, it would not be right to expose this country to unnecessary security risk and we will not do it,” Boris Johnson said.

“We are going to be as generous as we can possibly be, but we must have checks.”

“The only logical conclusion that Ukrainians can come to is no-one wanted them in the first place.

“It’s an absolute mess – beyond a mess, I don’t even know how to describe it.”

Ms Kay added her mother, who she called “a hero”, struggled waiting for hours at the centre.

“She had a headache, she really struggled – there was nowhere to get coffee from, which is such a simple thing,” she said.

“It was a big room, but it’s one room with 100 people in it – stuffed, no fresh air and people get headaches, they don’t feel very well as a result.

“It was so sad to see so many children having to be stuck like this for so long… people were friendly towards each other, all tried to support each other.

A Government spokesperson said: “Following the onset of the Ukraine Family Scheme, which allows for Ukrainians to come here safely, we have seen tens of thousands of people apply.

“We are increasing our capacity to meet this demand and will keep it under continuous review and increase further if needed. We have protected appointments for Ukrainians at Rzezow and these are available to book – so people should book online rather than attempt a walk-in appointment.”

Ms Kay and her mother remain in Krakow, Poland, where they await the outcome of the visa application.