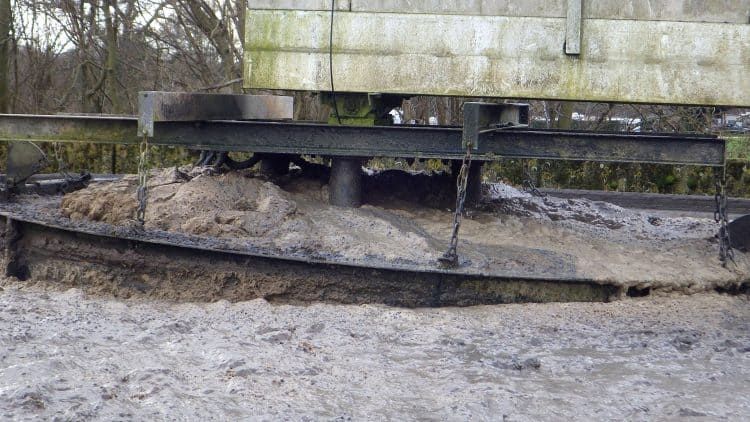 Undated handout photo issued by the Environment Agency of foam building up in the final settlement tank at Henley Sewage Treatment Works. Credit;PA

“The data that emerged at the end of last year suggested widespread shortcomings in how water companies were running sewage treatment works. The first phase of our investigation suggests those concerns are credible,” said Ofwat interim boss David Black.

“We have identified shortcomings in most water and wastewater companies and are continuing to investigate.

“But we have already seen enough in five companies to cause serious concern and warrant us taking further action.”

Ofwat said that the information it was sent in December raised one of several concerns for each company.

“We will now dig deeper into what these five companies have been doing, with the prospect of formal enforcement against them if we find they are failing on obligations Ofwat enforces,” Mr Black said.

“We will have further questions for all companies on this.

“In the meantime, we expect them to make quick progress in addressing any potential non-compliance they might have, whilst strengthening how they manage their environmental obligations as a whole.”

Earlier this year MPs on the Environmental Audit Committee said that England’s rivers had become a “chemical cocktail” of sewage, agricultural waste, and plastics.

Southern Water was handed a record £90 million fine for 6,791 unpermitted sewage discharges last summer. Ofwat said on Wednesday that it was keeping an eye on Southern Water’s compliance package.

Only one water company – Hafren Dyfrdwy – did not report any treatment works that potentially did not meet a specific set of rules in the environmental permits.