UK sees one of the biggest drops in OECD real wages, report finds

“Despite a tight labour market and rising nominal wages, real wages in the United Kingdom have declined,” the report said. 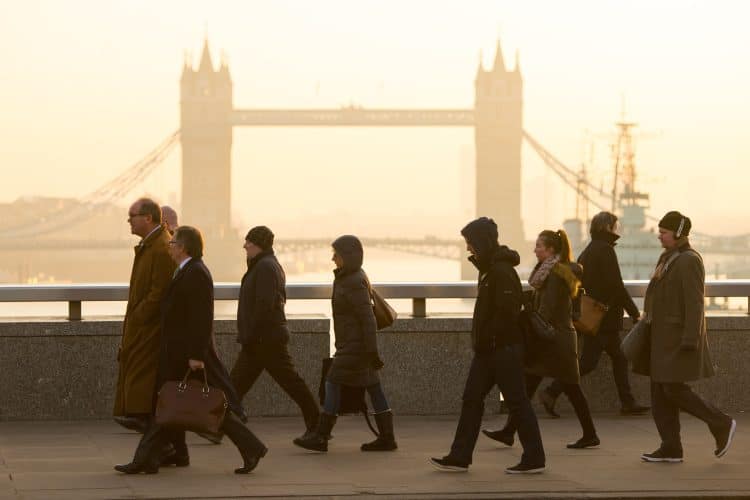 The UK saw one of the biggest falls in real wages among OECD countries, a new report from the organisation shows.

The new data from the Organisation for Economic Co-operation and Development (OECD) also showed that the UK had one of the largest falls in employment among the least well-educated because of the pandemic.

Between the end of 2019 and the last three months of 2021, the rise in economic inactivity among those with lower levels of education was one of the highest among the OECD’s 38 member countries.

The country is also “one of just a handful” of member countries where the employment rates for 55- to 64-year-olds and 65- to 74-year-olds were still below pre-crisis levels at the start of this year.

Mostly these people have fallen into economic inactivity rather than being unemployed.

“Despite a tight labour market and rising nominal wages, real wages in the United Kingdom have declined,” the report said.

The report also found that the unemployment gap between people from minorities and white people had widened by 0.5 percentage points since the start of 2019.

This has been fairly consistent in other countries too, the OECD said.

“Young people, low-educated and racial/ethnic minorities were also overrepresented among frontline workers – those who continued to work in their physical workplace and in proximity to other people during the pandemic,” it said.

“Since the outbreak of the crisis, these workers reported more job insecurity, and lower overall health and mental well-being, while often remaining stuck with low wages and bad working conditions.”

It found that those on lower incomes are also being worse hit by Russia’s illegal war against Ukraine.

In the six largest European countries the impact of the hike in energy and food prices – to a significant part influenced by the war – was about 50% higher for those in the bottom fifth than those in the top fifth.

“Despite widespread labour shortages, real wages growth is not keeping pace with the current high rates of inflation.

“In this context, governments should consider well targeted, means-tested and temporary support measures.

“This would help cushion the impact on households and businesses most in need, while limiting inflation impacts and fiscal cost of that policy support.”