The report, which revealed NHS data which was previously secret, said “it is entirely predictable and almost inevitable that some level of harm will arise.” 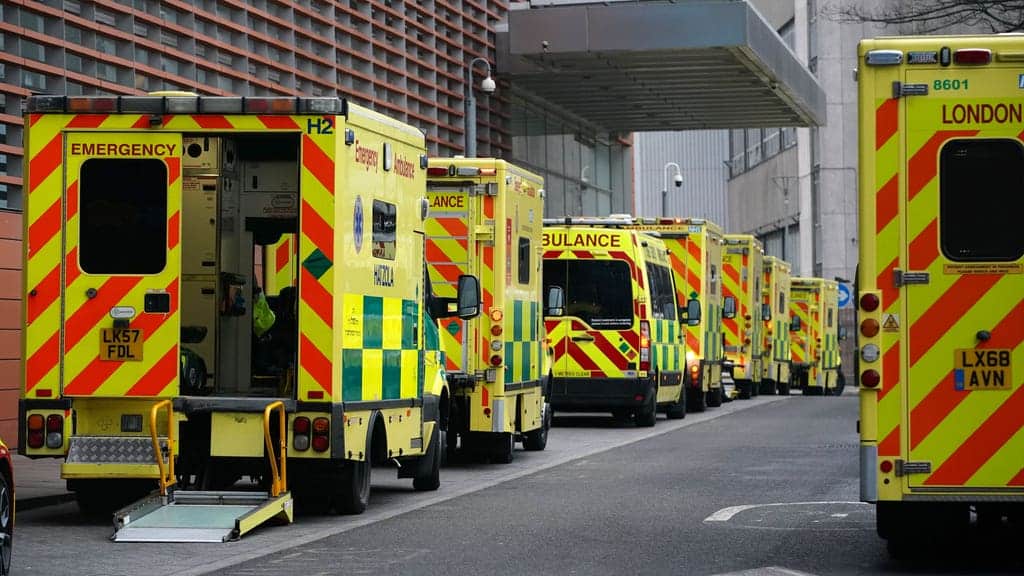 UK residents are dying at the back of ambulances and up to 160,000 come to harm every year because they are stuck in ambulances outside A&E, a new report has revealed.

According to it, patients also die soon after managing to get a hospital bed or at their homes, because ambulances are stuck in front of emergency departments unable to attend calls.

What is more, 12,000 people out of the 160,000 sugar from “severe harm” such as permanent damage to their health and lives because of A&Es’ inability to find beds for patients who need to be admitted to hospital.

According to NHS data from the Association of Ambulance Chief Executives, which was previously secret, “very sick patients” arriving at hospitals have to wait “an excessive time for handover to emergency department clinicians”.

The report, first quoted by The Guardian, said “it is entirely predictable and almost inevitable that some level of harm will arise.”

It added: “This may take the form of a deteriorating medical or physical condition, or distress and anxiety, potentially affecting the outcome for patients and definitely creating a poor patient experience.

“We know that some patients have sadly died whilst waiting outside ED [emergency departments], or shortly after eventual admission to ED following a wait. Others have died while waiting for an ambulance response in the community.

“Regardless of whether a death may have been an inevitable outcome, this is not the level of care or experience we would wish for anyone in their last moments. Any form or level of harm is not acceptable.”

A Department of Health and Social Care spokesperson said: “We are committed to supporting ambulance crews who work tirelessly responding to emergencies every day. NHS England and Improvement has given ambulance trusts an extra £55m to boost staff numbers for winter, helping them to bolster capacity in control rooms and on the frontline.

“We are supporting the NHS to meet the unprecedented pressures it is facing, with record investment this year including an extra £5.4bn over the next six months to support its response to Covid-19 and £36bn for health and care over the next three years.”

Last month, hospitals in England have been to be ordered to “eliminate” ambulance queues outside hospitals after two deaths were linked to handover delays.

An investigation was launched after it was reported that a patient died at Worcestershire Royal Hospital following a five-hour wait in an ambulance at the doors of the emergency department.

And it has also been reported that a woman died in the back of an ambulance following a handover delay at Addenbrookes hospital in Cambridgeshire.

It comes as West Midlands Ambulance Service raised its risk rating for handover delays to its highest possible level for the first time in its history.

The risk rating shows that the trust believes that patient harm is “almost certain” due to the handover delays.