From antibiotics to cancer drugs, The London Economic can reveal the full extent of the medicine supply crisis gripping Britain. 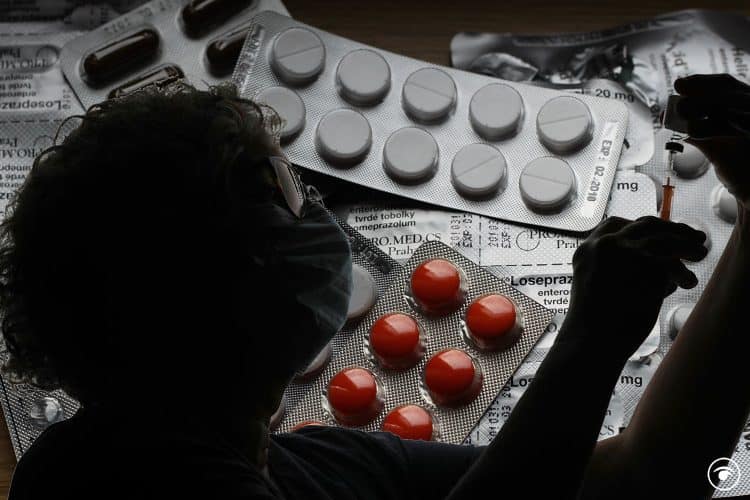 Through freedom of information (FOIA) requests, The London Economic can reveal the medicines in short supply in Scotland and Wales between late July and late September this year.

The Department of Health Northern Ireland claims it does not hold the requested information, referring us to the Health and Social Care Board, which publishes details of medicine shortages, including brand names.

All is not lost, however, because while not reporting shortages the Medicines and Healthcare Products Regulatory Agency publishes a Central Alerting System (CAS) covering disruptions. Suppliers are not listed, but with many being exclusive medications, the manufacturers cannot realistically be concealed.

CAS reveals that in the last three months, alerts have been issued for diazepam tubes for epilepsy treatment, the US giant Pfizer’s anti-diabetes drug Minodiab®, and blood specimen collectors supplied by the US firm, Beckton Dickinson.

Ninety per cent of the UK’s medicines are imported, meaning that disruptions make the UK vulnerable to shortages. Leaked Department of Health and Social Care documents, also marked “commercial-sensitive,” revealed that throughout 2019, 209 medicines had supply “issues”: over half of which extended beyond three months and 95 had problems during the Brexit/election month of December. Ten products, including hepatitis vaccines and anti-epileptic drugs, faced “extended” problems.

An October 2020 unredacted/unclassified document published by the NHS Nottinghamshire Shared Medicines Management Team listed local COVID-related shortages/disruptions. Media do not appear to have noticed the document. It confirmed that five products had long-term manufacturing issues: AstraZeneca’s Zyban (bupropion, anti-smoking drug), Par’s Questran (colestyramine, a bile acid sequestrant), diamorphine (a painkiller, frequently used for cancer patients), metoprolol (for high blood pressure), and co-careldopa (for Parkinson’s disease). More than 30 had short-term manufacturing problems and 13 had “shortages” due to increased demand, particularly end of life medicines, including morphine and the anti-vomiting drug levomepromazine.

In July 2019, the government’s “Alert and recalls for drugs and medical devices” listed 644 products. As of October 14th this year, post-Brexit and with COVID cases rising, the number was 877.

The hands of the governing Scottish National Party are economically tied by Westminster, which largely portions the northern country’s budget and primarily dictates its import-export rules. What follows are medicine shortages in Scotland between July and September this year caused by Brexit delays and regulations, COVID supply-chain disruptions, discontinuations, recalls, and/or systemic global shortages.

It is shocking that almost all of the below products are generics and that generic alternatives are available, yet successive Tory governments did nothing to prepare to manufacturer these drugs on UK soil.

Because the Scottish authorities were kind enough to list the manufacturers/suppliers, which NHS England considers “sensitive” information, we see the UK’s overreliance on foreign drug providers: Accord Healthcare and Wockhardt (both in India), ALK-Abelló (Denmark), Kyowa Kirin (Japan), and Pfizer (US, which comes up again and again).

In addition to several of the products facing shortages since 2020, we also see that in many cases, the UK appears to be alone in having shortage issues. In other cases, poor countries also have supply problems, which perhaps signals Britain’s post-Brexit decline.

Atazanavir (an antiretroviral for HIV/AIDS, Accord Healthcare)

Cyclimorph 10 and 15 (morphine and antihistamine, Advanz Pharma. UK only).

Diazemuls and Diazepam (Accord Healthcare)

Zonisamide (antiepileptic and anti-Parkinson’s, Accord Healthcare)

Like the Scottish authorities, NHS Wales is constrained by Westminster. Wales differs from Scotland in that most Welsh voters backed Brexit. Nevertheless, the buck stops with Boris Johnson as nobody voted to have their medicine supplies disrupted. With COVID, the ruling Labour administration has no control over Tory Westminster’s pharmaceutical policies and how they affect Wales.

NHS Wales did not provide the names of the manufacturers/distributors, but some of the drugs in the FOIA documents have trademark symbols, making it easy to find out who makes them. Others, however, are too generic to confirm.

Charities and rights groups not only warned Tory governments about the consequences that Brexit would have on supplies, but many have also kept an open record of disrupted medications as COVID has been so horribly managed by the Johnson administration. Epilepsy Action, for instance, has a page on its site called Drug Watch confirming what NHS England refuses to release: the names of pharmaceuticals in short supply, out of stock, or that have been recalled.

With 86 NHS facilities in Scotland and the borders drafting the Army to help with Brexit- and COVID-related staff shortages, the “triple whammy” of flu/RSV/COVID could turn quadruple if further pressures are put on medical supplies.