"Words that didn't appear on the side of the bus," wrote one person. 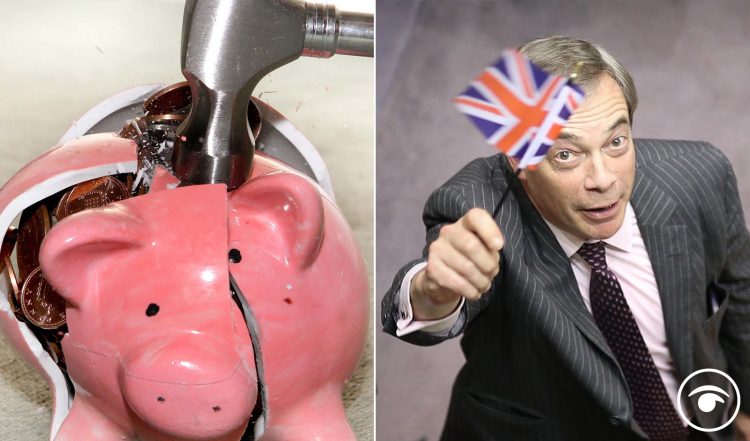 The UK is set to send £9.4 billion to the EU as part of the Brexit divorce deal this year.

This figure is £3 billion higher than the UK government had calculated.

Sadly, since the Brexit vote in 2016, the exchange rate of the pound against other leading currencies has fallen significantly.

The fee is paid in the European currency, so an extra three billion has been added on.

This isn’t the end of the payments either, there is still £26.6 billion left to pay. If the pound continues to struggle then that total cost could spiral upwards.

The Treasury puts the final tally of the divorce bill at £35 billion to £39 billion, whilst the Commission has priced it slightly higher at £41 billion.

It was agreed in 2019 and covers money that the UK had already pledged to EU schemes as a member, plus the pensions of British officials.

A LOT of people blamed the EU but others saw it as another failure of Brexit:

Related: Telegraph wakes up to economic impact of Brexit