"Our leaders fail to grasp that taking back control also means taking back responsibility." 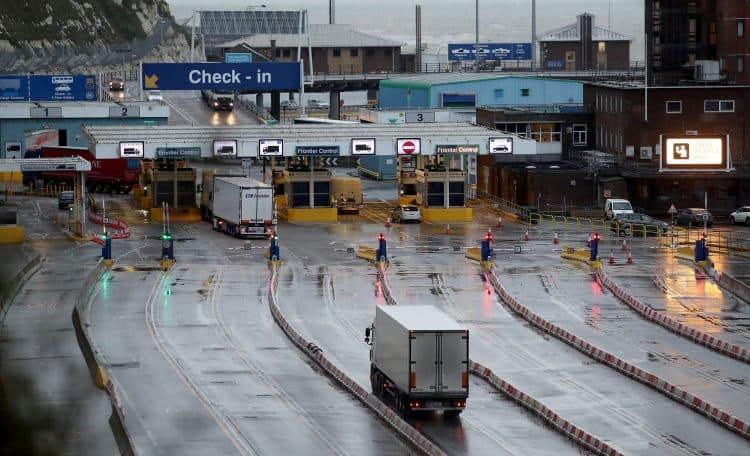 The Telegraph has warned of an impending currency crisis and potential bankruptcy as Britain comes to terms with its new trading relationship with Europe.

Assistant editor Jeremy Warner cautioned that the balance of power has shifted between the UK and the EU, creating a deficit that could have serious ramifications for our economic health.

He said the flaws of Johnson’s “oven ready” trade deal with the EU have been “cruelly exposed” since living the single market.

Exports to the continent have been hit by a “panoply of barriers that afflict non EU members that are not part of the single market.”

Acute labour shortages has caused a reliance on imports, with a big leap found in imports of finished and semi manufactured goods.

“There is no denying where the balance of power in our new trading relationship with Europe lies; it is predictably with the much larger jurisdiction – the EU”, Warner said.

“So much for the much touted claim that because we import far more from them than they do from us, Britain would maintain the whip hand in any ongoing relationship.

“Small wonder that the Government still refuses to commission an economic impact assessment of Brexit; the findings would not reflect well on our exit deal.”

The Telegraph was a long-term advocate of Brexit before the referendum and, indeed, has maintained its stance up until Britain officially finalised its divorce deal.

In Harry de Quetteville’s ‘Inside Story of The Telegraph and Brexit’, the author says the newspaper “stood up to the establishment elite to reflect and push forward the views of the silent majority”, which led to a Leave majority in 2016.

As editor Chris Evans concluded: “Not only did we have a role in shaping the euroscepticism debate, one of our columnists has now become Prime Minister.

“So our role in all this is significant. We were the guardians of what was for a long time a minority position. In the end, though, it turned out to be the view of the majority.”