U-turn alert? Anger as claims Truss going on ‘tour’ with Charles but No 10 denies it

Gina Miller tweeted:Why is Liz Truss going on the Royal Tour? How much will it cost taxpayers? 'While she is not required to be present, she believes it is important to be present.' 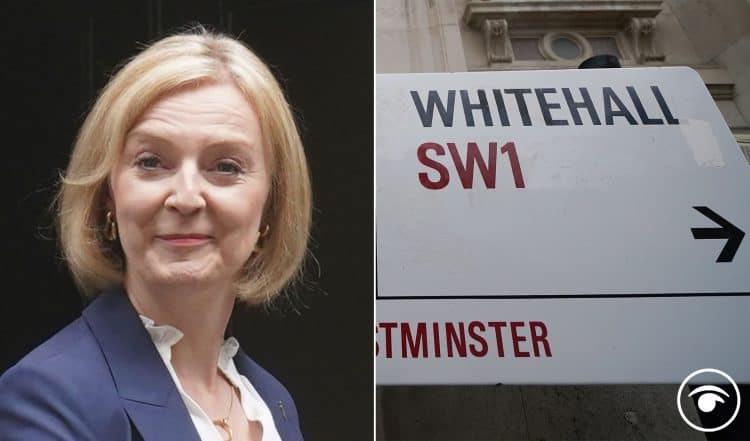 Liz Truss will be attending three ceremonies across the UK with King Charles III and not going on a country-wide “tour”, Number 10 has said.

It comes as there was anger that it seemed the new PM was on some sort of tour.

As we struggle with the cost of living crisis and the apparent lack of work Boris Johnson did in his final weeks, the country needs the levers of government to be working harder than ever.

“It’s not a requirement, but the Prime Minister believes it’s important to be present for what is a significant moment of national mourning around the United Kingdom,“ a Downing Street spokesperson said.

Liz Truss has been accused of behaving “improperly” towards the Civil Service – threatening its traditional independence – by a former top Whitehall mandarin.

Lord Butler, who served as cabinet secretary under Margaret Thatcher, Sir John Major and Sir Tony Blair, warned the actions of the new administration could “corrupt” the system of government.

The peer strongly condemned the sacking of the most senior official at the Treasury, permanent secretary Sir Tom Scholar, on the first day of the new administration, saying it was “very unusual and very regrettable”.

Related: Watch: Comedian’s version of Liz Truss’ speech is a must watch