The demonstrator appeared in the crowd, gathered to proclamation of King Charles III, brandishing a sign that read ‘f*** imperialism, abolish monarchy’. 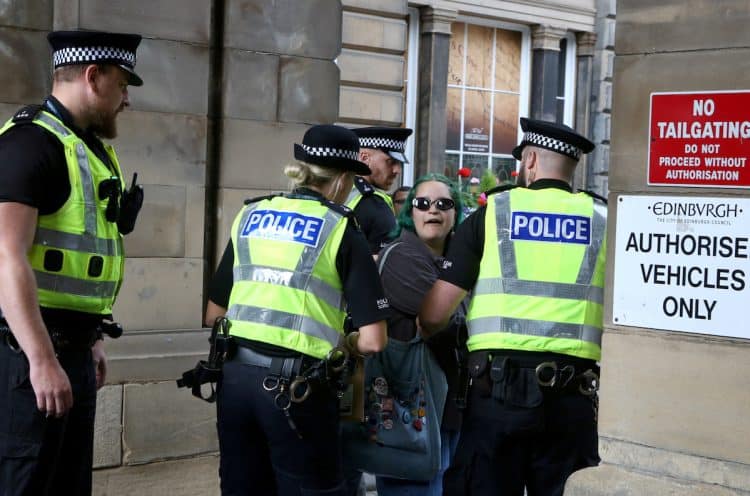 On Sunday afternoon in Edinburgh, a demonstrator appeared in the crowd, gathered to proclamation of King Charles III, brandishing a sign that read ‘f*** imperialism, abolish monarchy’.

It was later confirmed by the police that 22-year-old woman was arrested ‘in connection with a breach of the peace’.

Marr was appearing on Good Morning Britain and argued that King Charles III has been ‘alarmed and upset’ by the move.

‘I think that is outrageous. We are a democratic country. We are an open disputatious country where we can say what is on our minds and I don’t believe for a moment that this is what the new king would have wanted.

‘In fact, I would bet a lot of money that the new King is equally alarmed and upset by the fact that protestors are being arrested.’