Boris Johnson pledged to deliver a “fairer and greener” recovery as he arrived at the G7 Summit on a private chartered Airbus A321. 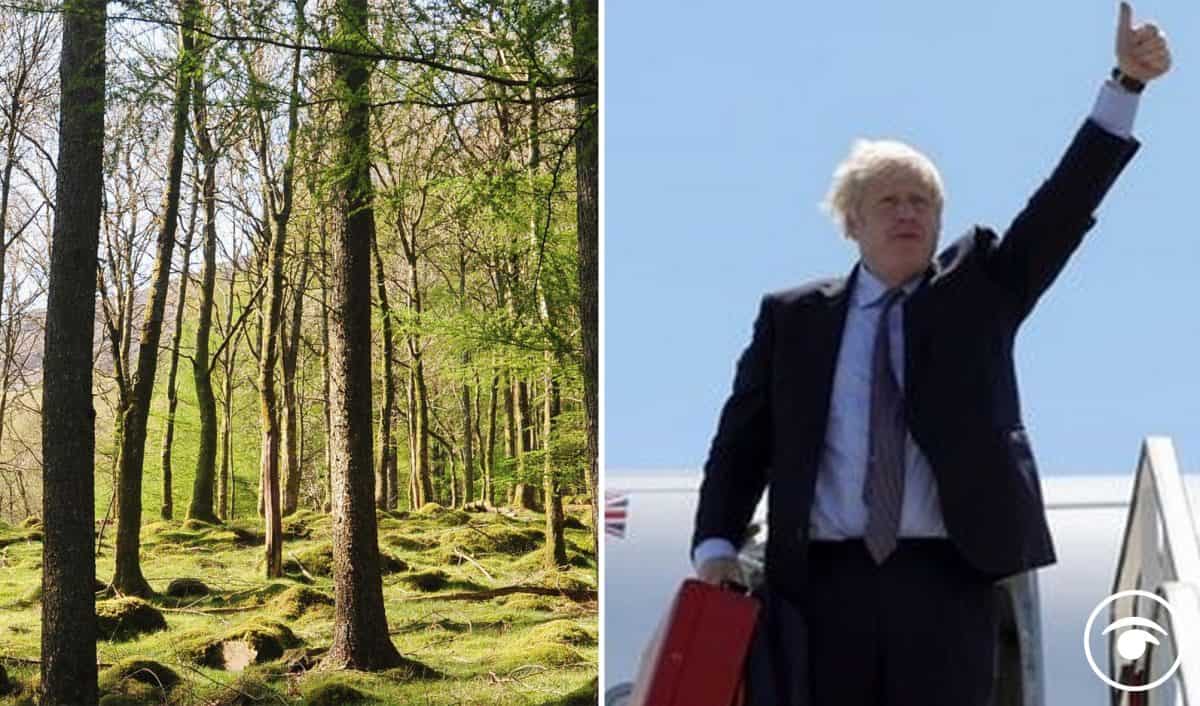 Tree planting rates are not increasing despite Government pledges to create new woodlands to tackle the climate and nature crises, official figures show.

It comes as Boris Johnson pledged to deliver a “fairer and greener” recovery as he arrived at the G7 Summit on a private chartered Airbus A321.

The provisional data from the Forestry Commission revealed that in the past year around 13,400 hectares of new woodland were created in the UK, mostly in Scotland, which is slightly less than in the previous two years.

Conservationists warned the statistics showed how far the UK was from where it needed to be on woodland expansion.

There is a need to protect and restore the country’s existing under-pressure woodlands, in addition to creating new woods to tackle the climate and nature crises, they said.

Less than half the new woodland – created through new planting or by natural colonisation of trees – was broadleaf, with conifers accounting for 54%, the figures produced by the commission’s Forest Research agency show.

The Government’s advisory Climate Change Committee has called for UK woodland cover to increase from its current level of 13% of land to at least 17% by 2050 to store carbon and meet the goal to reduce emissions to zero overall – known as “net zero”.

Conservationists and scientific experts have called for a focus on diverse, native, broadleaf woodlands which both store carbon and provide habitat for struggling British species – and which they say will be more resilient to inevitable impacts of climate change such as drier conditions and new pests.

In England, where the Government has pledged to treble tree planting to 7,000 hectares a year by 2024 as part of climate and nature recovery efforts, some 2,200 hectares were planted in 2020/21, down slightly on the previous year.

Most of the new woodland in England was broadleaf trees, but in Scotland, where 10,660 hectares of forest were planted, two thirds were conifers, which are used for commercial forestry plantations.

In Northern Ireland, 280 hectares of new woodland were planted, and 290 hectares were created in Wales, mostly broadleaf in both countries.

Darren Moorcroft, chief executive of nature charity the Woodland Trust, said: “Again, these statistics show how far we are from where we need to be.

“Earlier this month Government announced new investment for trees and woods in England. To get the most from that money, we need to do more than count trees in the ground.

“New woodland needs to work with the landscape, delivering for carbon, nature and people.

“With existing native woods and trees at crisis point, this approach must go hand in hand with protecting the trees we already have from a multitude threats,” he warned.

He called for action to ensure woods are protected and restored, while reducing the risk of imported tree disease by sourcing and growing the trees we plant from within the UK.

“This approach is essential if we’re to tackle the nature and climate crises together,” he warned.