"Nothing says ‘greener’ more than you flying to Cornwall from London to discuss how to reduce the globe’s carbon footprint...," Piers Morgan said. 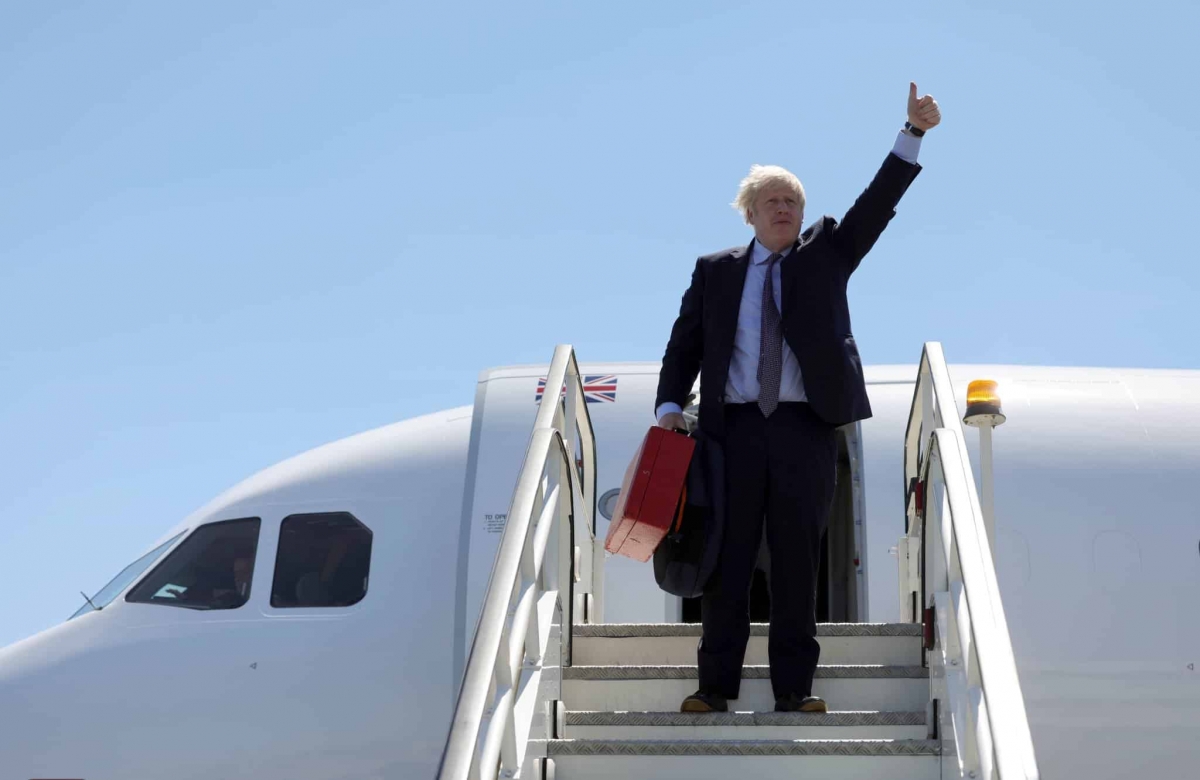 Boris Johnson pledged to deliver a “fairer and greener” recovery as he arrived at the G7 Summit on a private chartered Airbus A321.

The Prime Minister gave a thumbs up as he posed for photographs on the steps of his private jet, after landing at Newquay airport – around 400km from London.

According to Business Insider’s analysis of Government data, the trip produced 97.5kg of greenhouse gases per passenger – more than five times as many as if he’d taken the train.

On the G7 Summit’s website the UK lists its aims as “tackling climate change and preserving the planet’s biodiversity” and “protect[ing] the future of our planet by moving to net zero and providing financial support for developing countries to do the same.”

And in a tweet – accompanied by a picture of him on the jet – Mr Johnson said the conference would be aimed at “building back better, fairer and greener.”

I’ve arrived in Cornwall for this year’s @G7 where I’ll be asking my fellow leaders to rise to the challenge of beating the pandemic and building back better, fairer and greener.

It will be a busy and important Summit, and I can’t wait to get started.#G7UK pic.twitter.com/H4VSQ2SCD6

The Government has also said it would throw its weight behind plans to make Cornwall the “first net zero region in the UK”, a pledge which has been thrown into disarray following the PM’s private jet down.

He said: “There’s no trainline from Cornwall to Washington or Tokyo but there is to London.

“The Prime Minister should have taken the train not got a plane.”

Others have also poked fun at Johnson’s supposed commitment to reducing global emissions.

Here’s the best of the reaction so far:

This is how serious Boris Johnson is about combating the climate emergency: He flew to Cornwall. https://t.co/Yitlocr1zl

Nothing says ‘greener’ more than you flying to Cornwall from London to discuss how to reduce the globe’s carbon footprint…. ? https://t.co/PsB54p8ZKh