But freight volumes on routes to mainland Europe from Ireland were up 100 per cent. 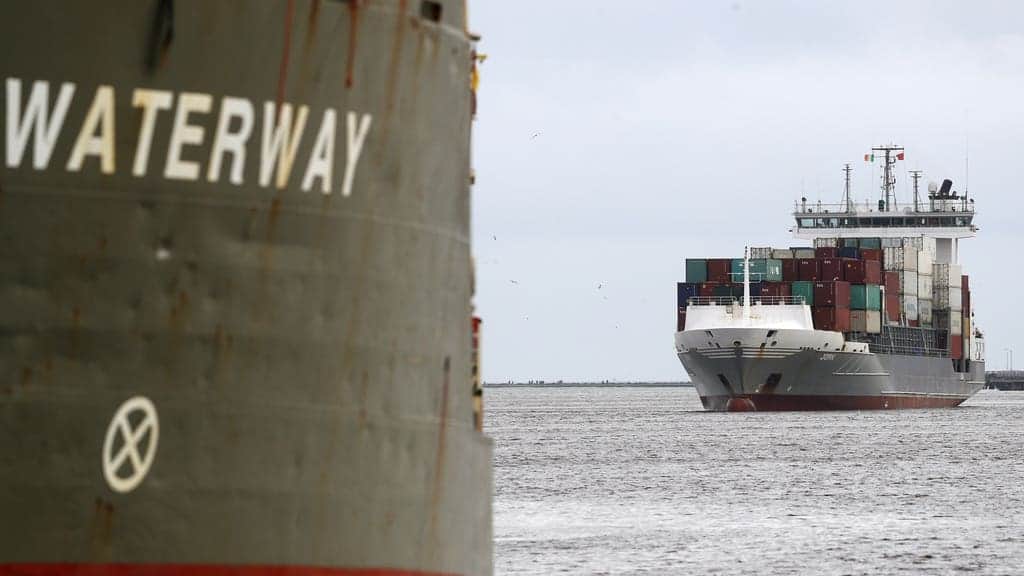 Reports of businesses experiencing ‘severe difficulty’ adapting to new rules have emerged after trade between Britain and Ireland slumped by 50 per cent in the first month of 2021.

New figures from the Irish Government show trade volumes on key routes between the two countries dropped significantly in January, with just 17,500 freight vehicles arriving in Ireland on 390 ferries.

Meanwhile, freight volumes on routes to mainland Europe from Ireland were up 100 per cent as a number of new direct services and routes to European ports come on stream allowing hauliers to bypass Britain.

In a statement, the Irish government said departments and state agencies recognised the new trading arrangements with Great Britain represented the biggest change for trade and businesses in almost 50 years.

A spokesperson said: “While many are successfully continuing to trade with Great Britain, mainly as a result of their levels of preparation ahead of December 31, some businesses, large and small, are having great difficulty, in difficulty, adapting to the new system of controls.”

Three out of five manufacturing firms are said to be suffering “significant” disruption because of border delays since the start of the year.

Make UK called on the Government to find an urgent solution to the problem, which it said has been caused by complex paperwork.

A survey of almost 200 firms by the manufacturing organisation found that three out of five were being hit by supply chain disruption, either importing or exporting to and from the EU.

Companies were also struggling to prove the UK origin of their goods in order to qualify for zero tariff access, said the report.

“The increase in paperwork and red tape at the borders has led to substantial delays for trucks, with many left stranded across the continent because of incorrect paperwork,” it noted.

“Many businesses have already taken the hard decision to put a hold on importing and exporting from the EU in a hope that things improve, but this is having a serious commercial impact on companies already struggling to survive the current Covid crisis.”